I had to work in Grand Isle on Friday and potentially Saturday as well, but lucky for me we finished everything in one day which left time for me to fish the next.

We’ve had some really pleasant weather since Tropical Storm Karen threatened us and even had a short cool spell that had me sporting a fleece to work. That has given way to late Summer weather again, but the cooler temps mixed with the super high tides of Karen have really re-energized the fish in the marsh.

Fishing this past Saturday was excellent. Trout were everywhere. In cuts, off of points, off structure, schooled up in canals, in big bays; it didn’t matter where I threw my topwater because it was going to be abused by hungry trout. Their size went anywhere from 10-17″. 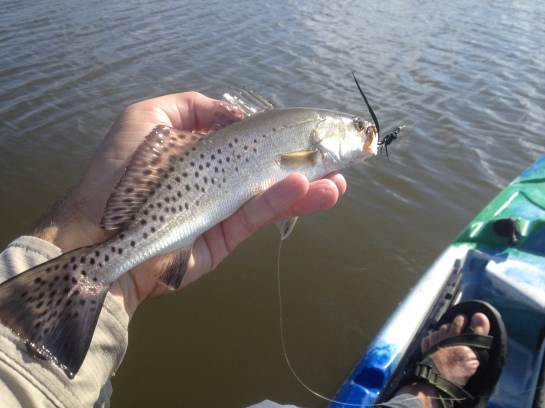 Redfish were there too, sometimes mixed in with the trout. Throughout the day I saw several pods of reds cruising the marsh attacking anything in sight. Most of the reds I caught were around 22″. When the tide was at it’s lowest I was able to spot reds with their backs exposed as they worked mud flats looking for crabs. 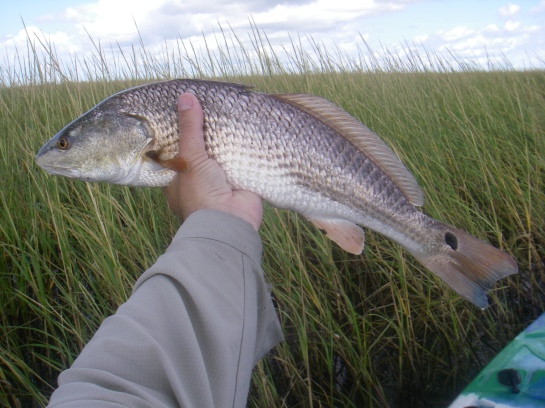 What’s great about a day like Saturday is it gives me an opportunity to use the fly rod and have some success. I was able to catch several trout and redfish on the fly rod, so many that I lost count. The reds were caught by sight but the trout I would locate with a topwater plug, then follow up with the fly rod. It was a really effective strategy to finding small schools of fish. At one point I even managed a double, catching two reds at the same time.

I hope the incredible fishing will last through this weekend as the IFA championship comes to Houma. The reds and trout I caught this past weekend wouldn’t be anything to brag about at the weigh-in, but if everyone had days like I had Saturday you wouldn’t see anything but smiles on each and every competitor’s face.