We took advantage of a Saturday in the Park this past weekend to attend the 67th annual City Park Big Bass Rodeo and Fishtival in New Orleans. I competed in the first annual Boats on the Bayou tournament and was shocked to hear that 88 others did as well – that’s a ton of kayak fishermen for little old Bayou St. John!

With the top prizes going to those who caught the few resident bayou redfish most of that kayak fishing crowd focused their efforts on the section of bayou closest to Lake Pontchartrain. I thought that would be pretty fruitless after the massive deluge the area received leading up to the event so I focused on bass. Fishing around Demourelles Island with a Texas rigged worm netted me a few small bass – so small I was too embarrassed to take them over to the weigh station. Later in the day I was able to land a bass worthy enough to weigh – it was 13.75″ and a little over a pound. He hit the worm as I tried to untangle a terrible cast I made into a tree, quite the lucky break, maybe a sign I needed to slow it down. 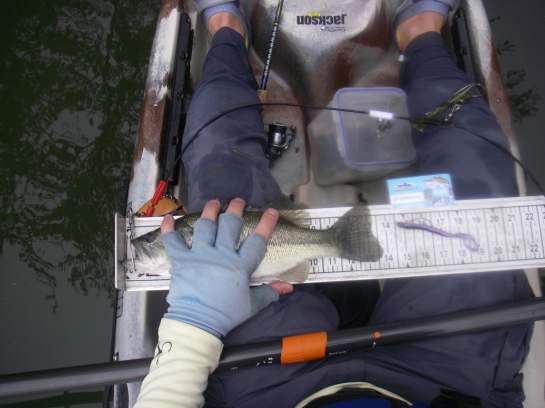 The tournament was a pretty quick one, starting at 7:00am and ending at 10:30am, so I paddled toward the weigh station thinking my little bass might actually place. At the weigh station I found out it wouldn’t be the top bass as a 3+ lb’er had already been caught. I really didn’t think for a second it would win, but maybe it could place. As it turns out they only announced the weights of the winners at the awards ceremony so I still don’t know where I stacked up against the competition. One would think with 89 people signed up for a tournament, you would at least announce first through third places in each category. Still we enjoyed watching grown-ups act a fool as other grown-ups threw packs of soft plastics from the bandstand. 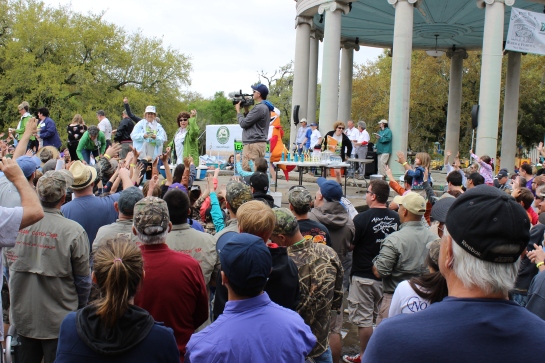 Unfortunately no redfish were caught during the tournament. I’m not sure if it was because of all the rain, but maybe I made the right decision not to go after them, I at least got to catch fish. I was questioning the decision not to target them though when I saw my buddy Steve with a 1.5 lb trout on a stringer immediately after I launched! Had me worried the water was salty for a moment, but I think that trout was just lost, I didn’t hear of another one caught. It is pretty cool that you can catch redfish, trout, bass and bream all out of one body of water, right here in the city. I’m not sure many places can boast that. 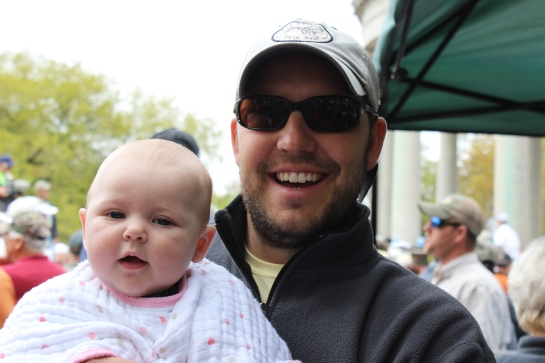 After the tournament and awards ceremony (results here) we took a stroll around the Sculpture Garden. It was the perfect time of year for it too as the azaleas are in full bloom and the live oaks are beginning to leaf out. The irises were looking a little ragged, but I’m guessing it is still a little early for them. Two of the pieces of art really wowed us and I think you’ll see why in the pictures. 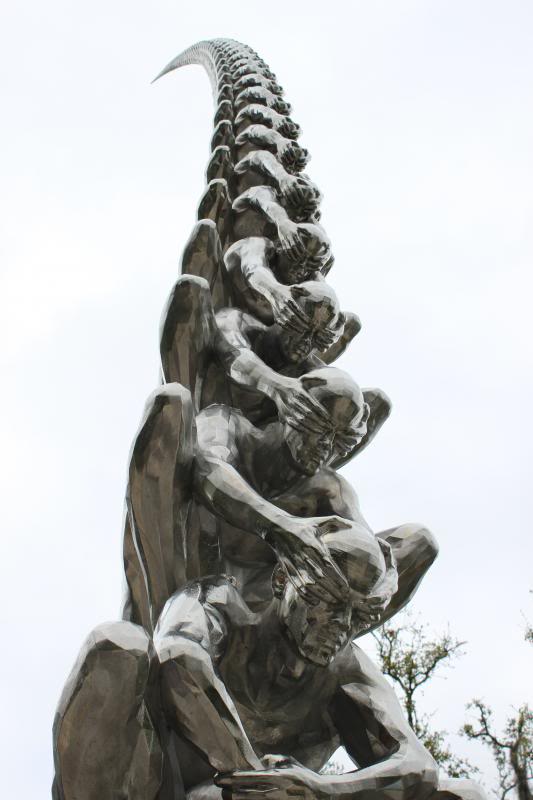 After that we headed on up the bayou to where Massey’s was having an on the water kayak demo day. What started off as a foggy, chilly morning turned into a hot and sunny affair perfect for paddling a kayak. Marin really took to the new Cruise 10 and who could blame her – it looks like the perfect little fishing boat for tykes. 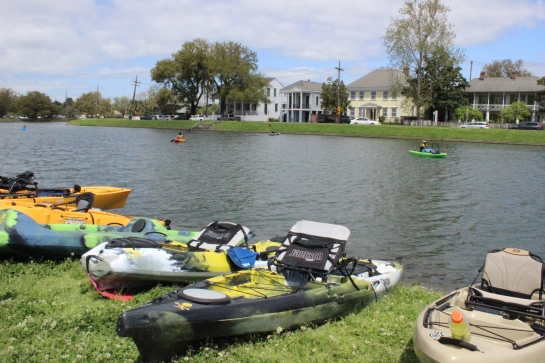 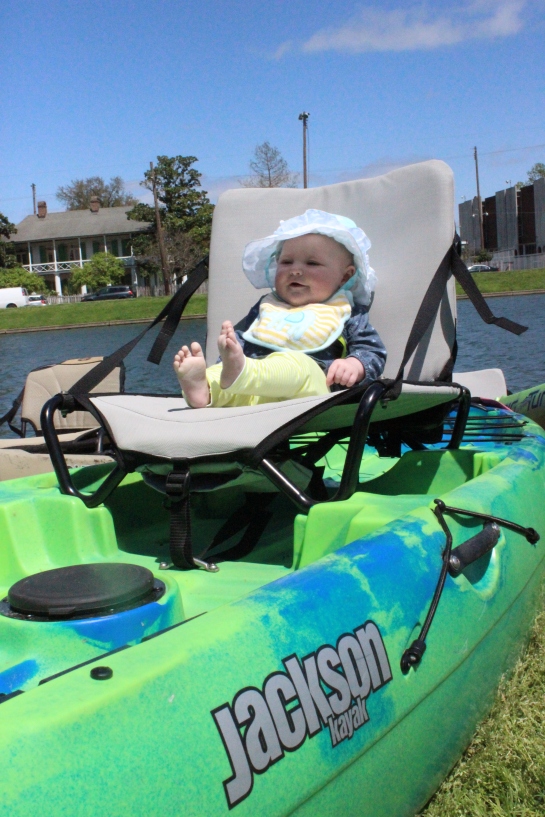