The creek we hit on Friday came recommended from Mike at Laughing Grizzly. It was one I had read about, but not considered because I wasn’t really sure how we would do on long hikes in the Park. “Long” to me must be different to everyone else, because this one was considered short. I really wasn’t sure our lungs could handle it, but he assured us it wasn’t bad and as long as we kept hydrated and were feeling fine than it would be no problem for us.

We made it to the trailhead at around 8am after a short drive from Estes and found the parking lot pretty sparse with only a few hikers getting ready. Saw more elk and even a couple mule deer on the drive over. It’s becoming apparent that elk are like feral cats in these parts. 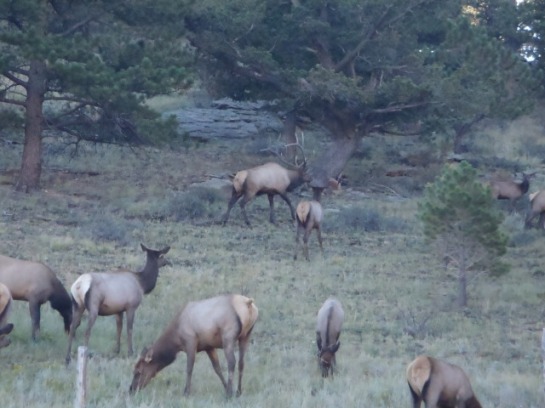 The hike in was about 2 miles and it really wasn’t too bad. We stopped a few times to take pictures and catch our breath, but made it to the barrier falls in good time (much like brookies in the South, we were after the greenback cutthroat that lived above the falls). At this point the trail breaks away from the creek and heads off in a different direction. We were supposed to take a trail to the left, but it went unnoticed by us as a group of tourists shrouded it’s beginning. We of course went off to the right, up what looked like might be a trail only to discover that it really wasn’t. Rather than doing the smart thing and heading back down we bushwhacked our way all the way up the falls on the right side until we got to an area we were able to fish. Shortly after I noticed the well worn trail to the left and we finally had our first “duh” moment on the trip. 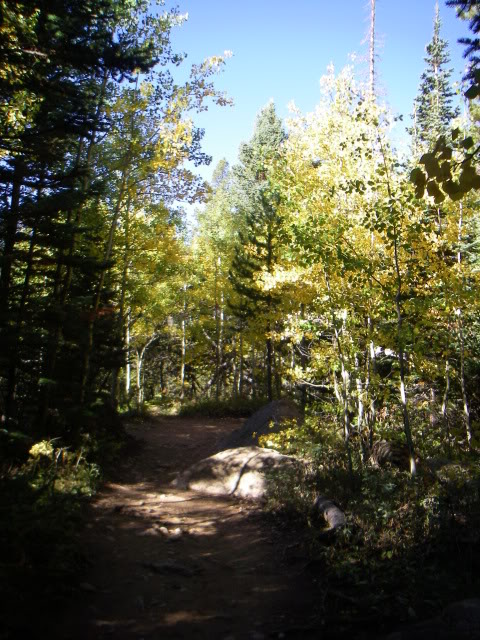 Even above the falls the creek was pretty vertical and holding water was limited. We hit any pocket that looked a like a good place to hide, but failed to catch any fish for what seemed like hours. We weren’t even seeing fish and we hit some good looking spots. Of course when that happens your mind starts racing as you run through all the reasons why there aren’t any fish:

– There must be someone fishing ahead of us

Then I caught one, a beautiful greenback, and like someone turned on the light switch, we started catching them. Not here or there either, it was nearly every hole. They would slowly rise to the fly and sip it in. Not like the brookies of the South, that murder a fly with reckless abandon. These fish were graceful, elegant, if they had pinkies they would be raised as they ate the fly. All those fears about catching fish were washed away, Mike was a saint in our eyes, and everything was right in the world (except for the smudge on the camera lens). 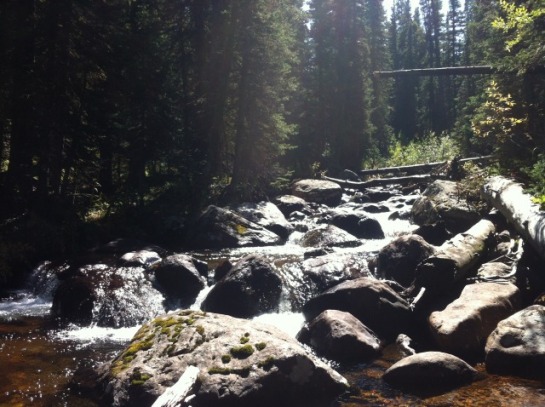 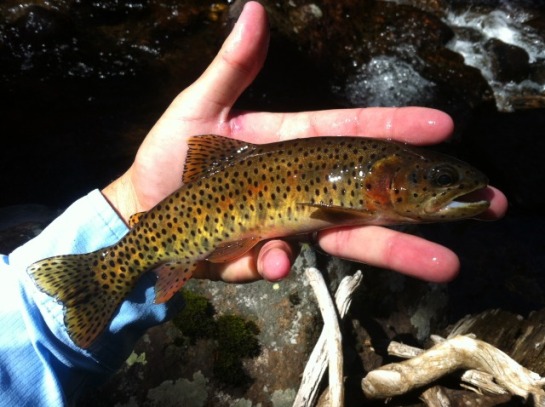 We continued fishing up until we hit a trail crossing, then took a short detour to check out a lake. I hadn’t read anything about the lake, so we thought it could be fish-less, had to check it out regardless. We didn’t see any cruisers from the shoreline, just a lonesome duck. We headed back to the creek and continued upstream. The upstream section was flatter, and even had a bit of a meadow feel to it. Still plenty of hungry cutthroat, but the action did start to slow. 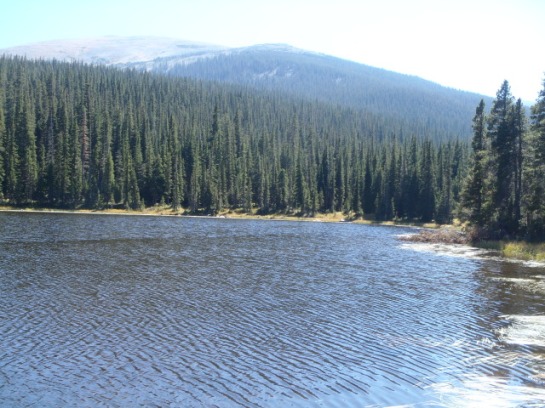 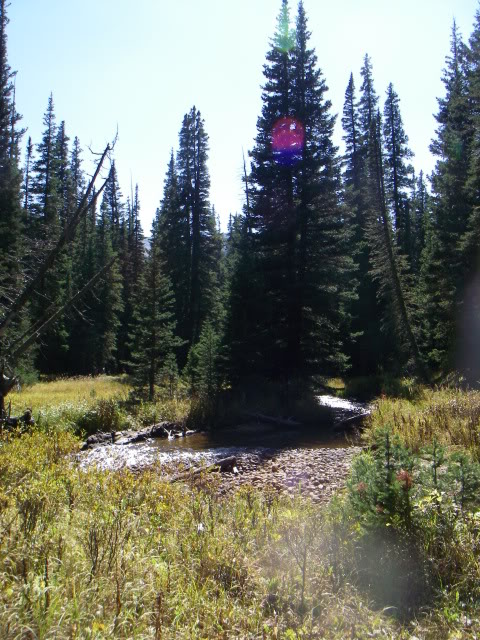 As the creek began to start going vertical again we decided to turn it around and head out. We had caught plenty of Colorado’s state fish and wanted to make it back to Estes while it was still daylight. The trek down wouldn’t be as bad either, now that we found the correct trail to take around the falls. Plus waiting for us at the car were a couple of cold beers. The drive back to Estes had a couple good photo ops, but nothing like the drive we would take the next day on Trail Ridge Rd, above the tree line and over the Continental Divide, then westward toward the Colorado. 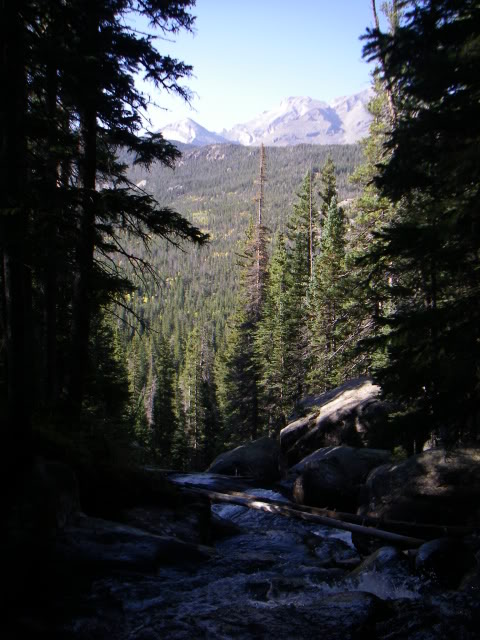 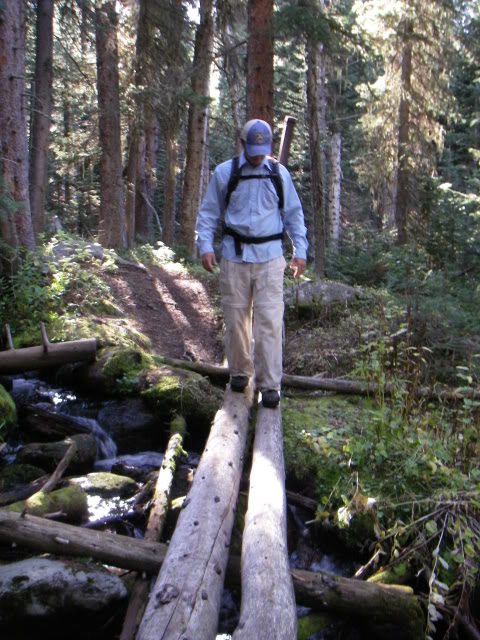 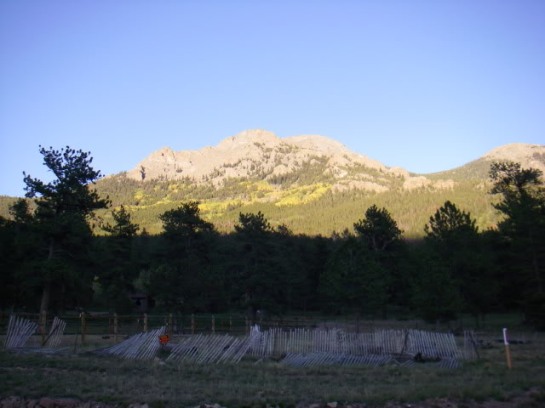