The first night in a hammock is always tough.  I’ve said that in the past and on this trip it was no different.  The hammock is comfortable and it beats sleeping on the ground, but it takes a bit of adjustment coming from a king bed.  Throw in an overzealous whip-poor-will, who was vocal for nearly the entire night, and sleep for me on night one was sporadic at best.

We were up at dawn, ate some breakfast, got packed up, and rolled out of the campground to make our way a few miles up the road to Cheaha Mountain and visit the highest point in the state. 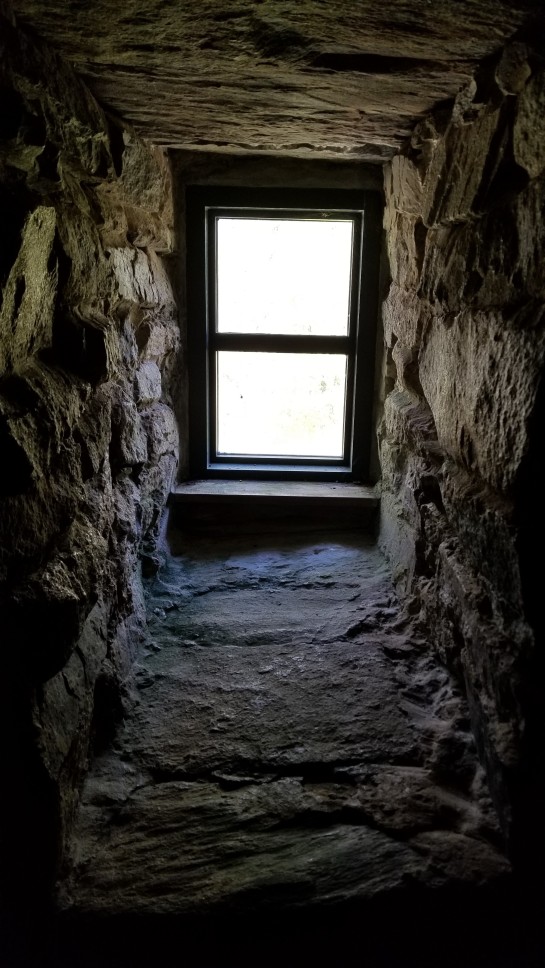 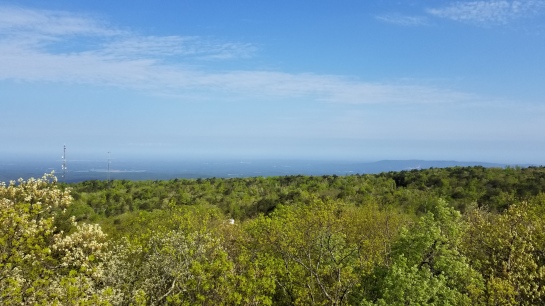 It was tough to get an unobstructed view of the surrounding area at the top of the tower, there was lots of communication and radio equipment up there.  A better view was had at the restaurant deck a little further down the mountain.  It’s neat what a little bit of elevation can do though.  At 2,400 feet the trees were still leafing out, whereas nearly everything just 1,000 foot down in elevation was pretty much done and making that transition out of Spring.

We came down off the mountain after checking out the view and headed down the road a way to where we planned to fish that morning for Coosa bass in the Talladega National Forest.  I had been told this was as close as I was going to get to a bonafide southern Appalachian blue line trout stream in Alabama and it held our target species so I figured it was worth a visit. 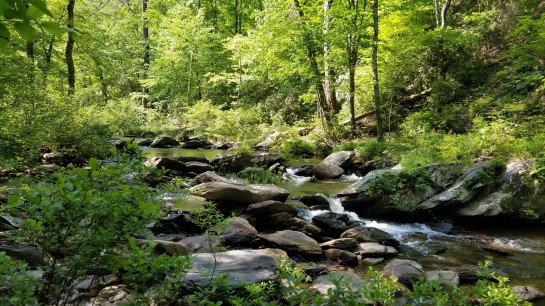 It didn’t take long for me to get on the board with my second redeye species of the trip, the Coosa bass.  I let Blake play through after that and took time to explore my surroundings. 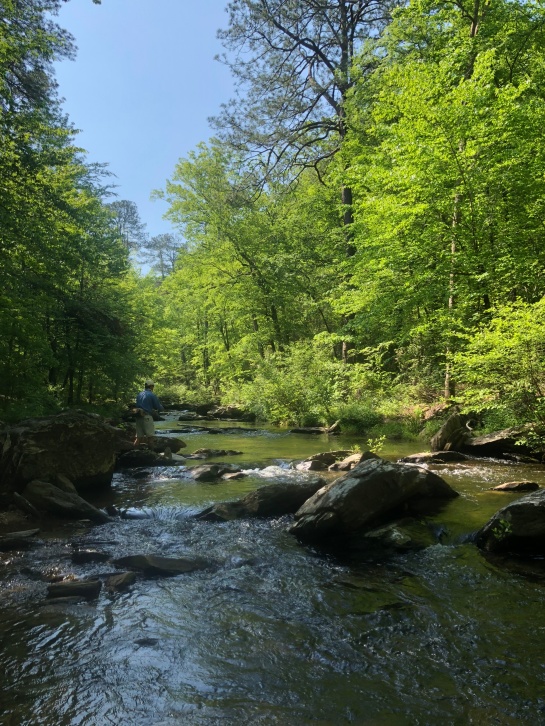 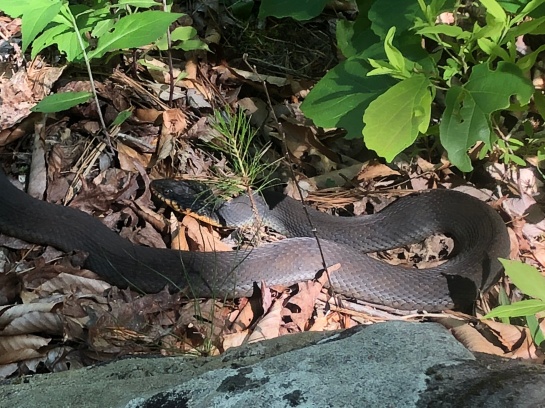 It’s always a good idea to stop what you’re doing and take it all in sometimes, it’s amazing how much more you notice when you’re a little more observant.  I found loads of crawfish in the little feeder creeks and a handful of snakes like the one above, which made me a little more cautious while I was doing a bunch of rock hopping knowing they were out and about.

It took a little longer than expected, but Blake got on board with a Coosa bass of his own.  It was about this time that the creek picked up some elevation, entered into a bit of a canyon, and took on a whole new character. 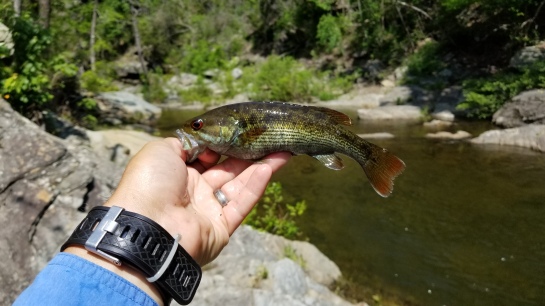 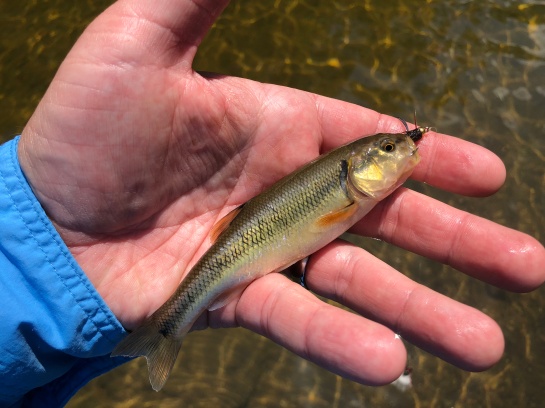 It was a beautiful stretch of water to wade.  We caught a few more Coosa bass through that section, but I knew it was time to turn around and hike out once I caught a chub in a big pool below a falls, especially when that was the only action we saw in that pool.  It was pretty good timing too because the locals were just making it up the trail to their swimming hole as we were heading out.

We left the creek and headed into nearby Anniston and Cheaha Brewing Company and met up with our friend Mark Miller for lunch and a flight.  No fishing trip is complete without a brewery stop and Cheaha fit the bill.  The food was good and the beer was acceptable.

We left full and happy and drove through Birmingham en route to the Bankhead National Forest.  For Day 3 we’d target the Warrior bass on a creek that I fished a few times when I lived in Madison, the only place where I’d previously caught redeye before.  It was a much more memorable place for its beautiful scenery than anything else, it seemed only appropriate to head that way.