We had a morning flight back to New Orleans on Monday, so Sunday would be the last day we had to fish. Greg had given us a tip about a lake we should hike to before we left town. He had assured us the hike wasn’t too bad, maybe 45 minutes tops. He also promised us greenbacks, bigger than those we caught on Friday . To top it off, we would be sightfishing for these fish, they would be cruising the banks, all we needed to do was place a dry fly in their path and they’ll do the rest. It sounded too good to pass up, so no matter how bad the hike would be, that was where we were headed Sunday. 45 minutes? It can’t be too bad. 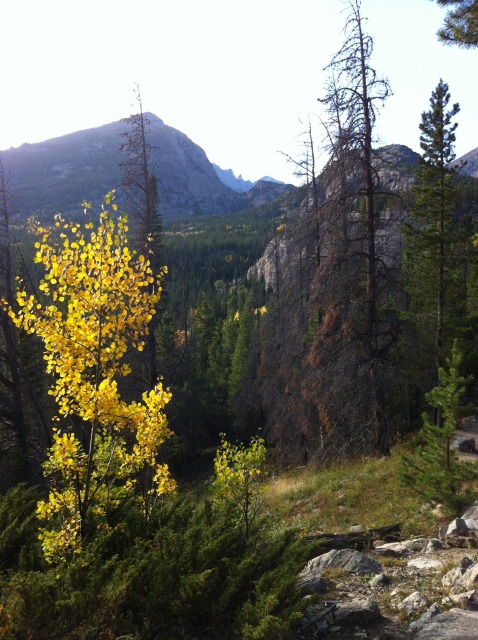 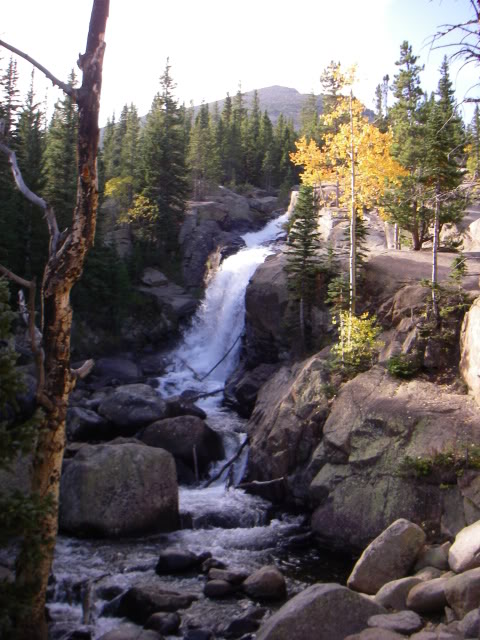 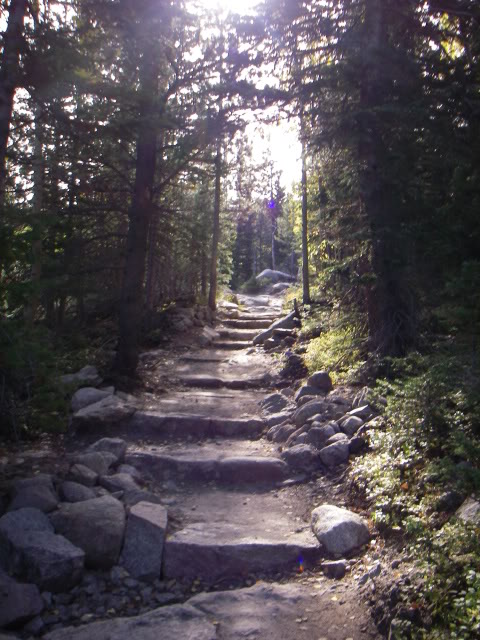 45 minutes my ass. That hike took much longer, it was at least three miles long, pretty much uphill the last two miles. We didn’t expect that, we should have, but we didn’t. Of course the local guy is going to short sell the hike, he probably does it weekly. I’m not complaining though, it was an amazing hike. It was obvious why Greg pointed us in this direction. Scenic views everywhere you turned, sheer rock faces, stands of yellow aspen, waterfalls – it had it all. Blake and I were definitely huffing and puffing though. The whole way up I was thinking, “this lake better be full of big, dumb fish”.

Seeing the lake was like seeing an oasis in the middle of the desert. A sight for sore eyes to say the least. Greg had tried to convince us to go hit a different spot in the Park in the afternoon and not spend the entire day at the lake, but once we started fishing it was hard to leave. The lake was shallow, clear, and surrounded by rock walls on three out of four sides. As we walked up to the lake we could see cutthroat holding in the shallows. I had to rig up, but Blake was ready. It didn’t take long for him to catch fish. He had three before I could even tie a fly on. We got the feeling that we were in for a great day. 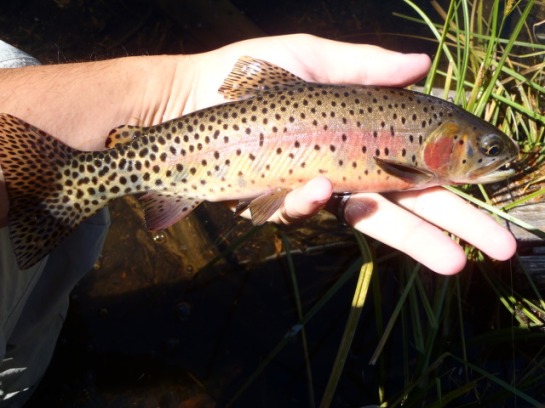 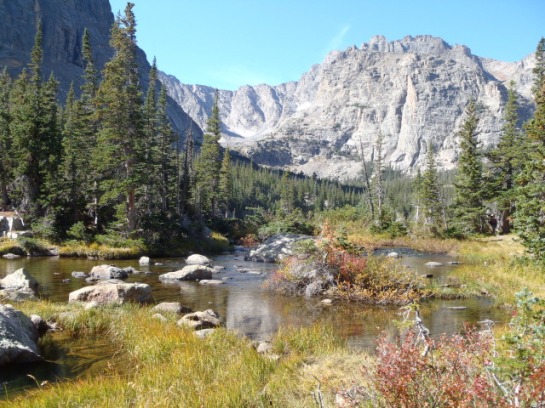 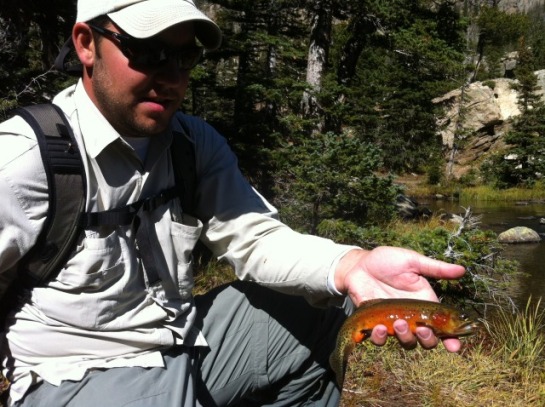 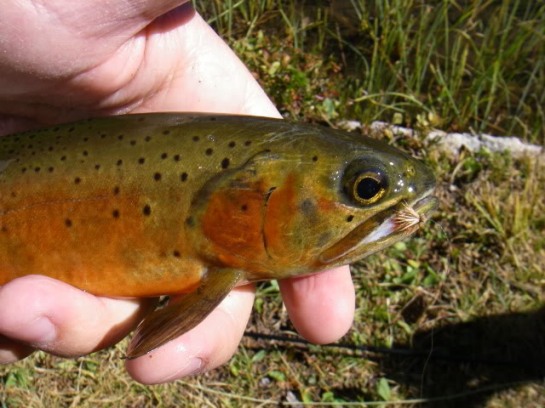 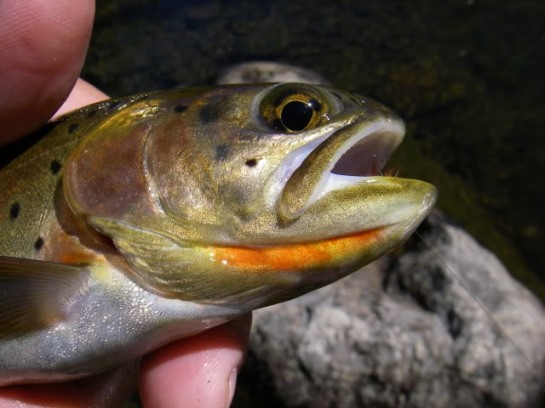 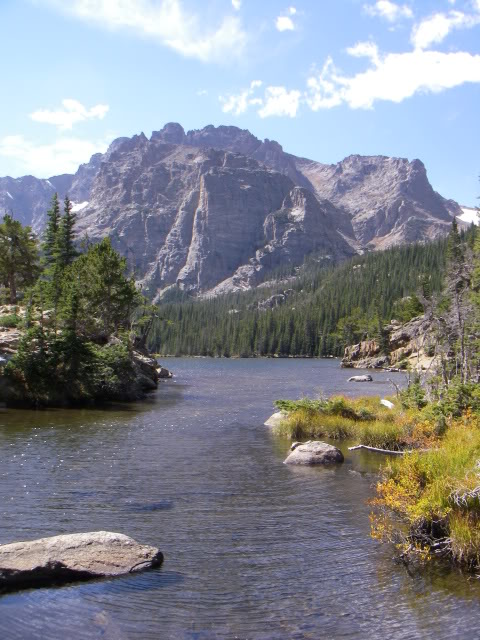 It would be a great day. Don’t get me wrong, it wasn’t a fish on every cast. Most were actually somewhat selective which led to some frustration. You know the feeling, you can see ’em, but you couldn’t catch ’em. The bigger ones were especially like that. Still there were some that would gobble up whatever landed in front of them. I downsized everything, went to a 6x leader, with 7x tippet and didn’t fish anything bigger than a size 18. They were keying in on something very tiny. I figured it was some sort of midge, so at the end of the day I had a small griffith’s gnat on that was doing pretty well. The elk hair caddis did pretty well too. It was beautiful up there, and the weather was perfect, with a little bit of wind coming picking up in the afternoon. All good things must come to an end though and we had to hike out, knowing our trip was virtually over. 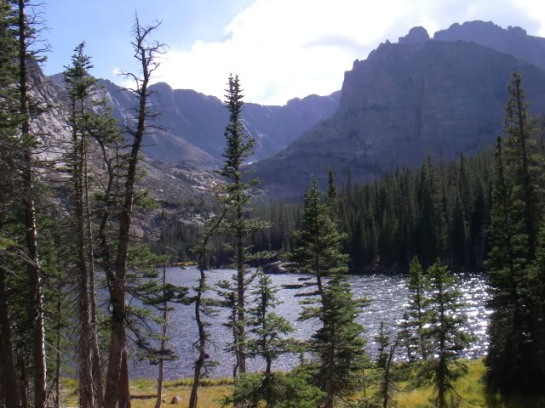 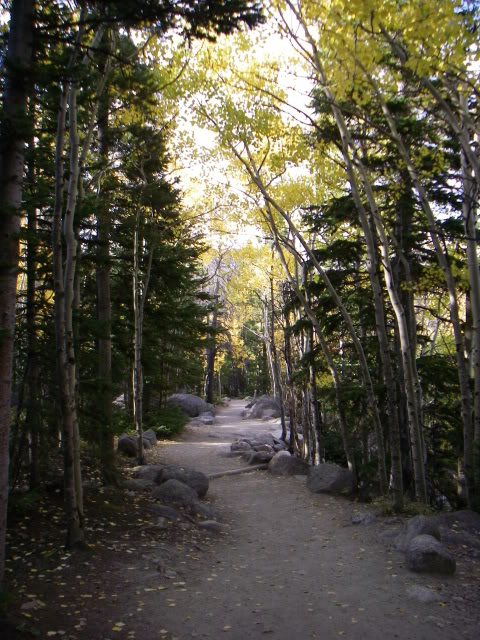 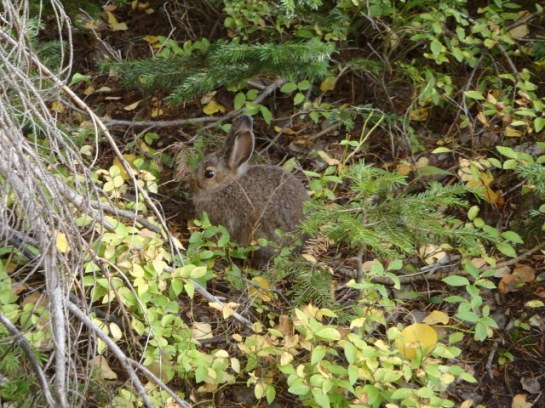 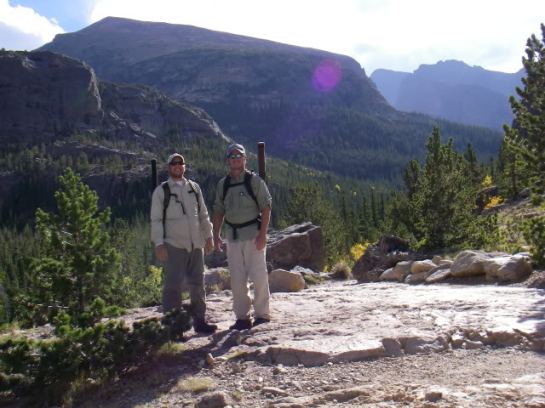 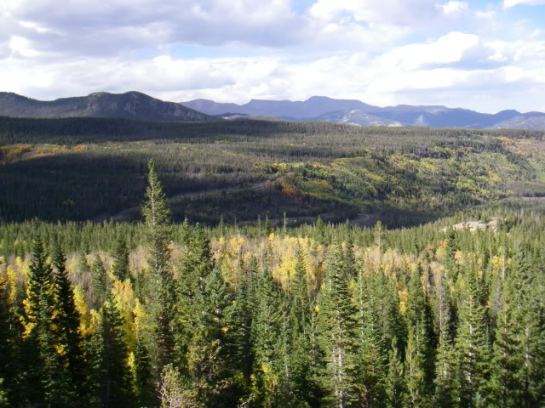 We tried to stop by Estes Angler to see if our friend Chris was working, but they were closed by the time we got there, so we headed over to Kirks Fly Shop to look around. That’s one thing I loved about Colorado, a fly shop and a brewery in every town. There was still daylight when we got back to the cabin, I had to wet a line in the Big T right outside the cabin. You can’t stay at a cabin on the river and not fish the river it’s on. Blake threw some burgers in the broiler as I fished. In the waning hours of our adventure I was able to land the last fish of the trip, a brightly colored up rainbow within spitting distance of our patio. What better way to end a fantastic trip. A trip that really only took place because I was able to score cheap plane tickets from Southwest. Blake and I knew we wanted to go somewhere before he and his wife have their baby this winter, but we really didn’t expect it would be to Colorado. I’m glad it was though, a lot of good memories were made there. 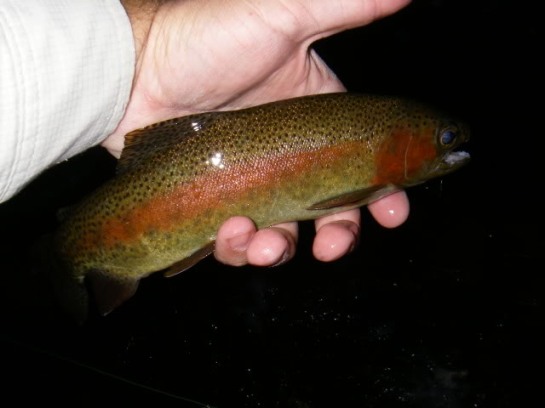