It’s been a while since I’ve posted anything, I’ve got reports to catch up on. The older the trip the hazier the memory, but I’ll give it my best shot.

A couple of Alabama buddies reached out in February to let me know they had a room available at a camp in Grand Isle they rented for the weekend. After clearing things with the wife I took off toward the coast.  The forecast looked great for Saturday but that Friday evening driving down was windy as hell.  I stopped at a couple culverts on the way down for a few casts, but nothing was working for me or a local.

Fingers were crossed that the wind would eventually lay down and things would look good in the morning.

The next morning the wind had laid down and the tide was way out.  It was chilly though and it took a while for things to warm enough to where the redfish were active.  Once they were active the fishing was pretty good. 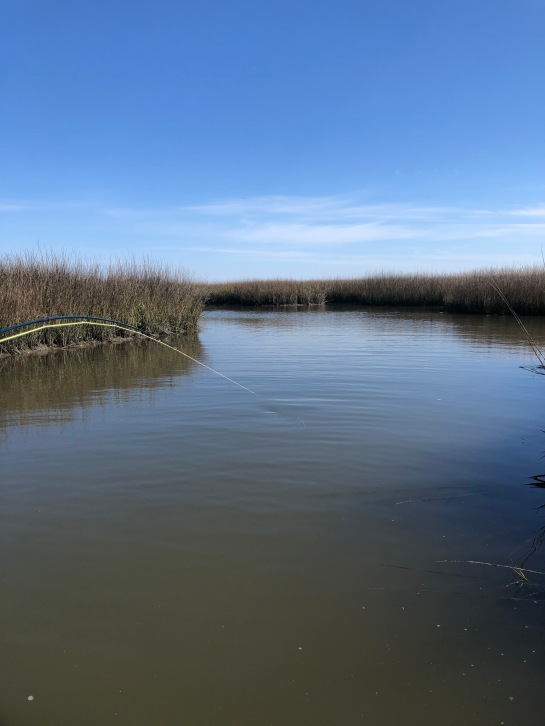 I blew a couple of really easy opportunities at fish on the hookset which I can only attribute to not having redfished in a while.  Still I managed a few nice fish, including a “kayaker” bull that almost hit 30″.  It was a good trip and it was great catching up with a couple friends also afflicted with the redfish bug. 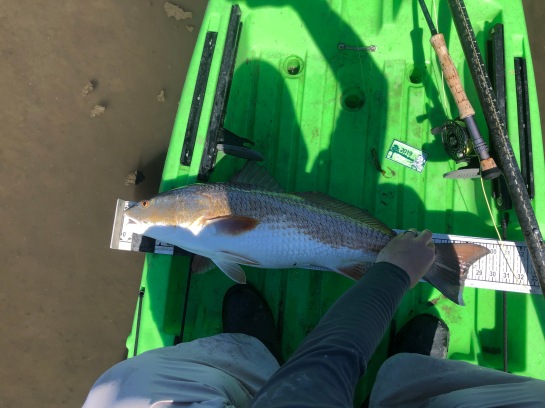