Along with the blueline fishing I did in Georgia back in June there was creek fishing done of another sort back at the cabin.

On two different days I managed to fit in a few hours on the creek.  The first day I fished with a trusty hopper dropper combo that had a big chubby chernobyl and some buggy looking nymph off the back.  I had some success, thought it was a pretty good day, caught some nice fish.  One of my fish, a big brown, came on the chernobyl, which was a cool bonus because I kind of tie it on as a hopeful indicator. 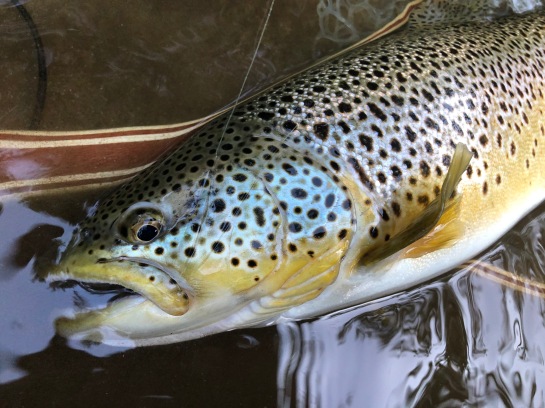 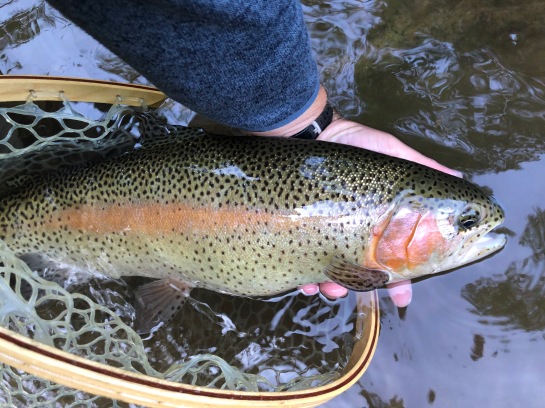 The second day I fished I threw a big streamer.  That’s when I realized that whatever action I had on the first day was measly in comparison.  I was moving fish left and right with this big streamer.  Talk about some fun fishing!  Watching fish chase a minnow imitation down is an adrenaline rush and I highly recommend it. 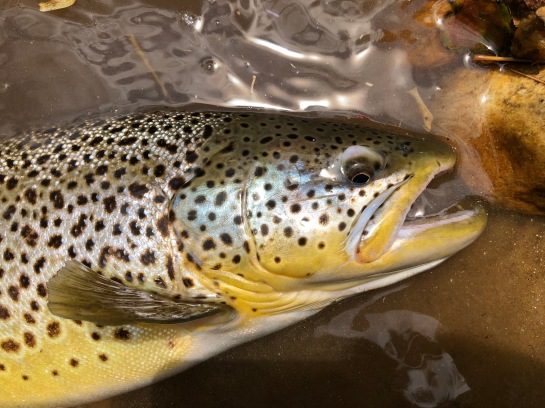 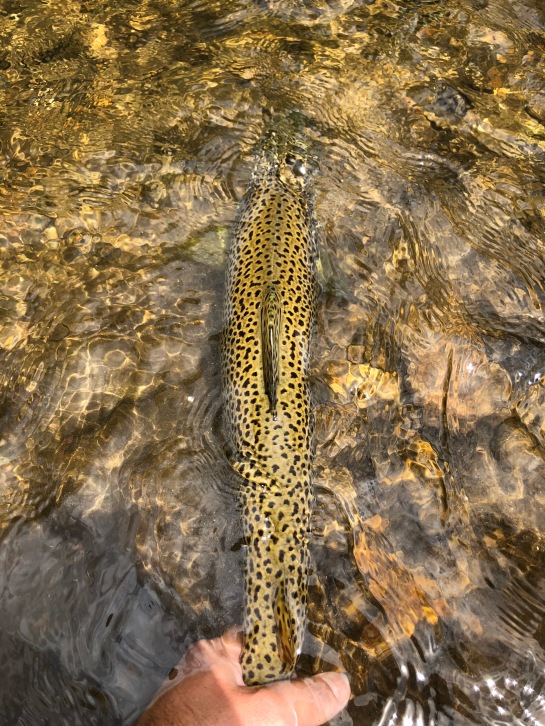 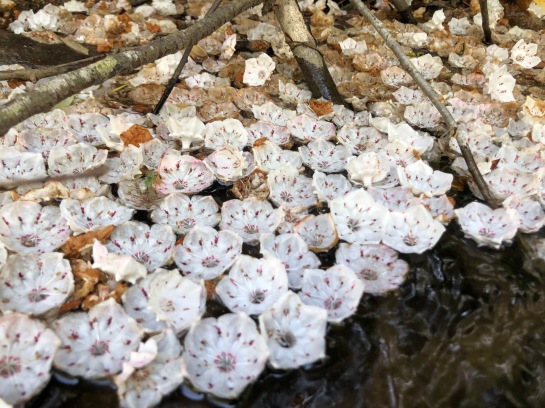 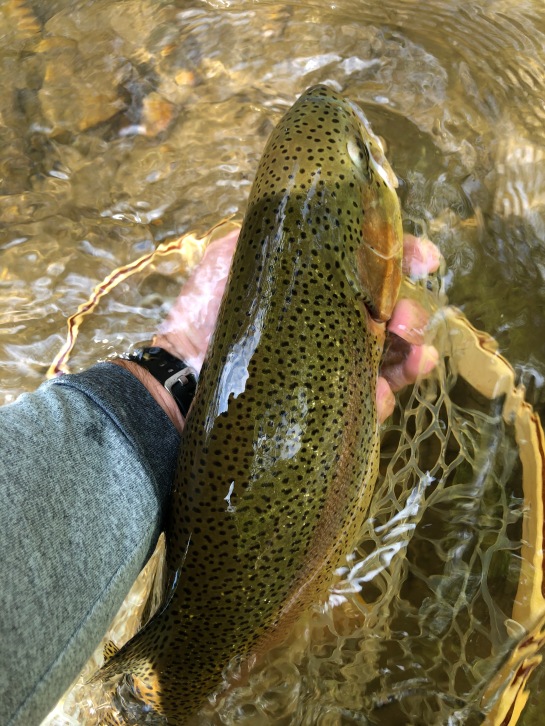 I only have so much creek to cover at the cabin so I think working it once with the hopper dropper, letting it rest, then hitting it with the streamer was unintentionally a good move.  It’s going to be hard to have that patience whenever I make it back though, some of those streamer eats were like watching redfish chase down flies in the marsh, just vicious.  So much fun.

Early this summer we took a family trip to my parent’s cabin in North Georgia to escape all the COVID mess.  It’s easy to keep your distance from other people up that way.  We had a great time with my parents, getting the kids outside, hiking in the mountains, and just taking in a different environment than they are used to down here.  We are bonafide flatlanders.  I was also able to fish a bit on the creek at the cabin and even managed a trip to a blueline one day to fish with a couple of buddies from Alabama.

We met up at the creek early in the morning, but not too early.  Sunrise had happened already so I was able to see the fog, on the drive, as it hung around, clinging to the sides of the mountains.

I met up with Mark and James, guys I have had the pleasure of fishing with in the past, though I don’t recall that we’ve ever hit a blueline in Georgia together.  We hit a favorite creek of mine which requires a short hike in and depending on the amount of time you want to spend on the trail you may even make it into brookie country.  I always approach it with the hope that I catch all three wild trout species in Georgia, but rarely does it happen.  Wild Georgia brown trout tend to be pretty elusive for me.

It didn’t take long to catch fish, wild rainbows.  I had a sparkle trude pattern on that I could see well on the water and it proved effective all day. 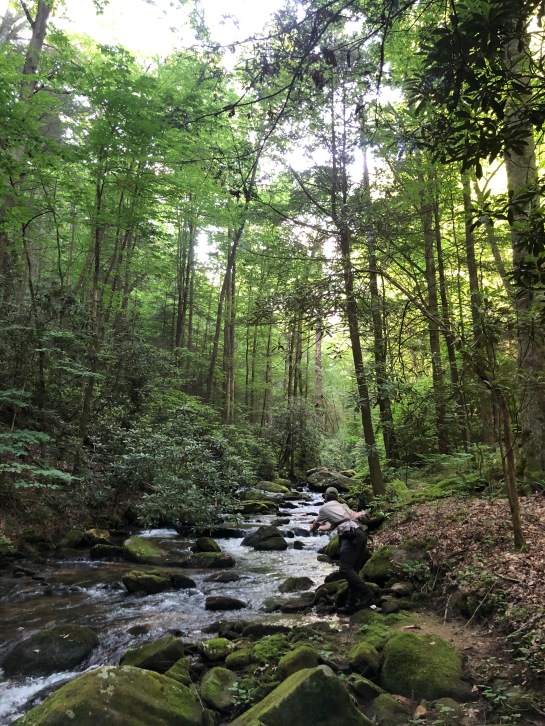 Lots of fish were caught between the three of us as we fished up the creek alternating shots at the best looking water. 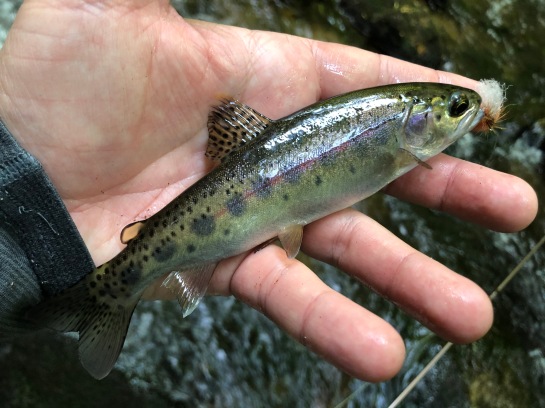 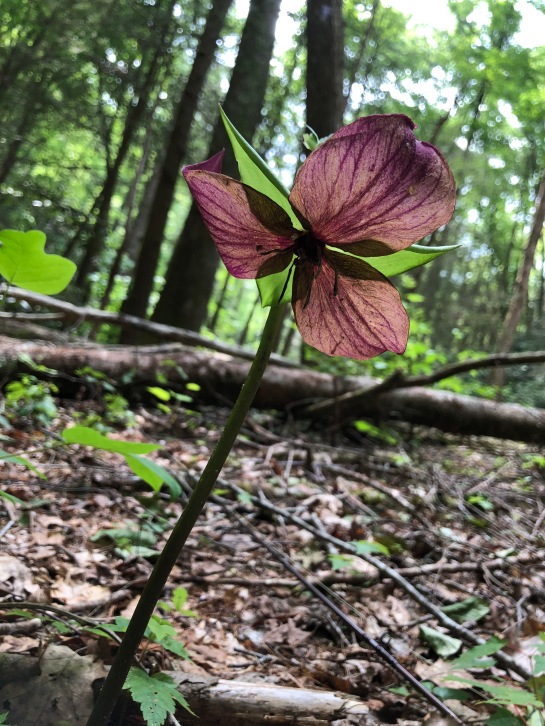 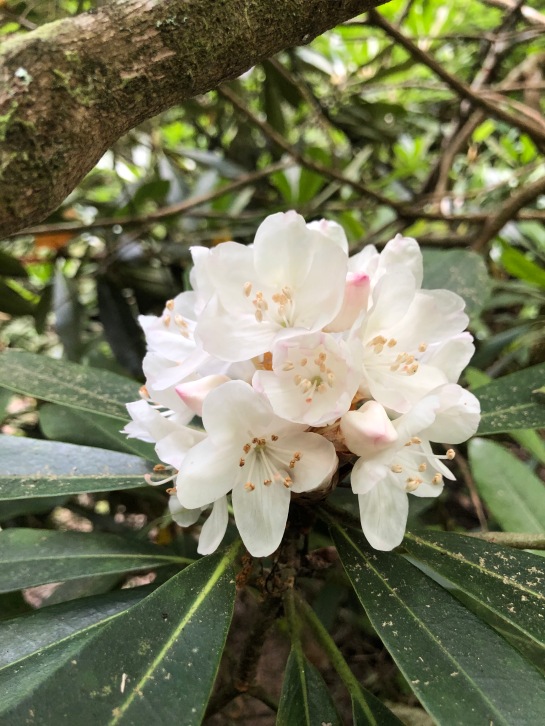 Eventually I lucked up a caught a brookie.  Lower in elevation than where I thought it would be, but I’m not complaining.  Love the natives. 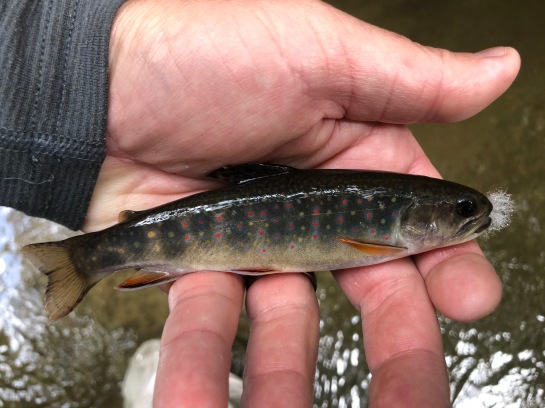 I caught a second brookie later, both were mixed in with the rainbows indicating to me that I was still below a barrier falls. They were pleasant surprises on the day. 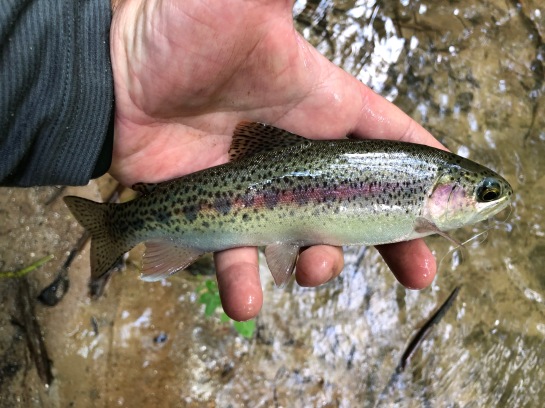 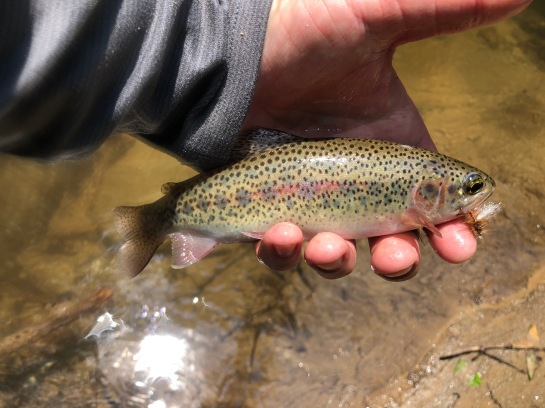 Something cool happened to us on the hike out.  We spooked a turkey hen that had three little chicks with it.  It was bedded down on the trail and I think both parties were equally shocked to be in such close contact with each other.  That hen moved up the hillside into the woods, leaving the chicks behind, and followed us as we hiked for what seemed like forever, making a racket the whole time.  All I could think was that she was trying to distract us and protect her babies, it was wild. 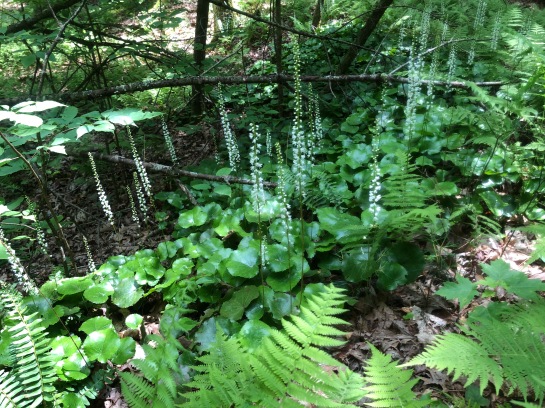 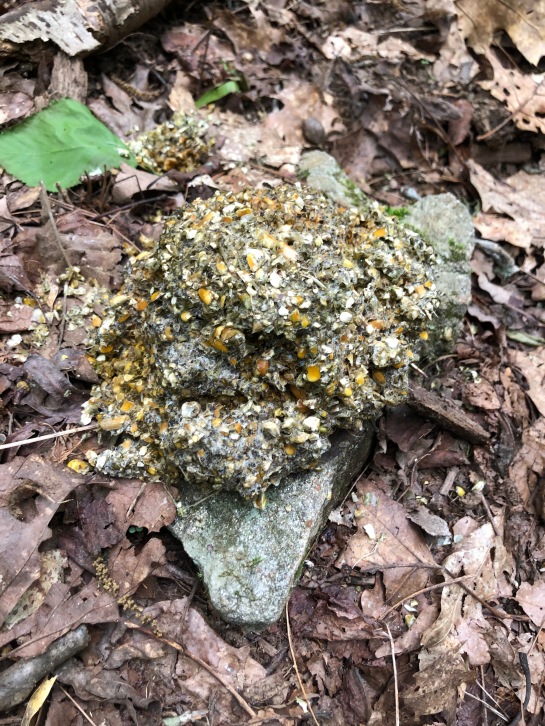 It was a great day outside, catching wild trout on dries, can’t wait to do it again.

Back in April I got out on a very unassuming local drainage ditch in the kayak and had a really productive panfish trip.  The ditch was in surprisingly good shape, water fairly low and clear, a sign that we had not had rain in a while.  This waterway gets loaded with trash after every storm because frankly folks around here are spoiled with water and really don’t put much thought into how their actions impact their local watersheds or what lives in them.  I had taken my kids to the adjacent park a few times to get them out of the house during the pandemic and noted that the water was in good shape and bream were starting to bed in the ditch. 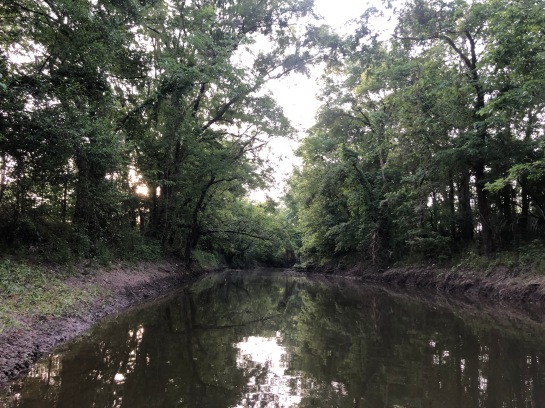 The bayou has a good variety of sunfish, something we definitely take for granted here in south Louisiana.  I was able to catch bluegill, longear sunfish, red spotted sunfish(stumpknocker), warmouth(goggle-eye), redear sunfish(shellcracker), green sunfish, and largemouth bass.  All caught on a slow sinking spider 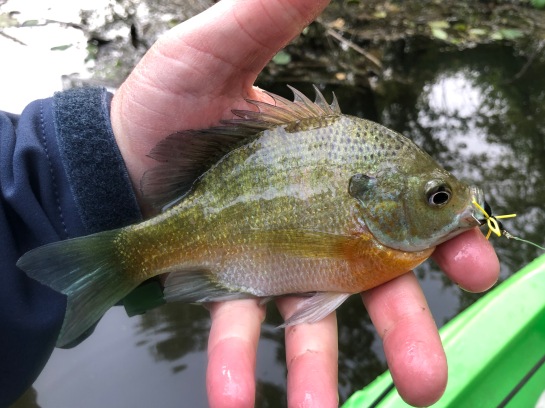 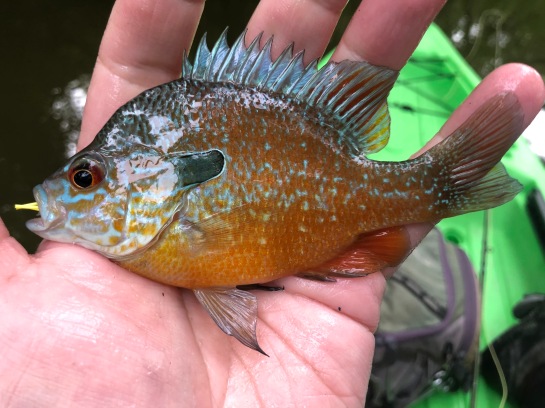 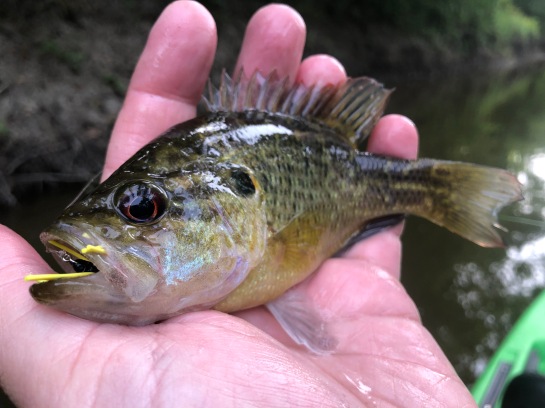 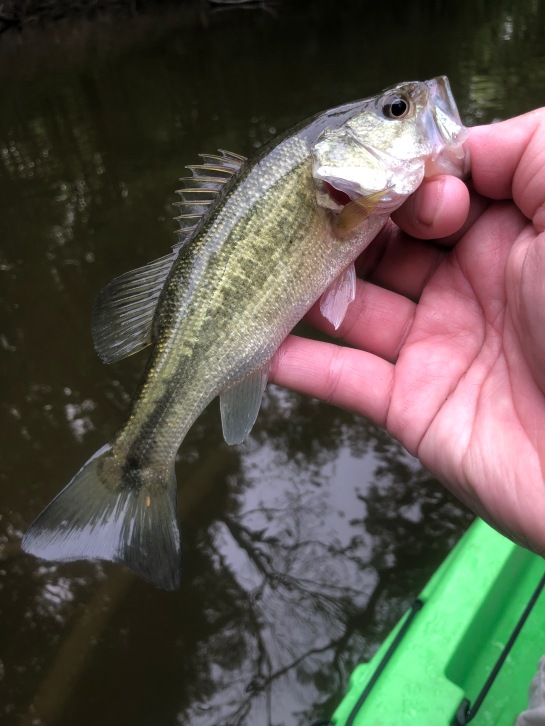 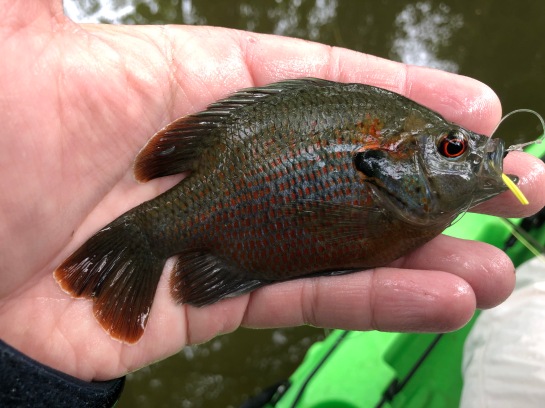 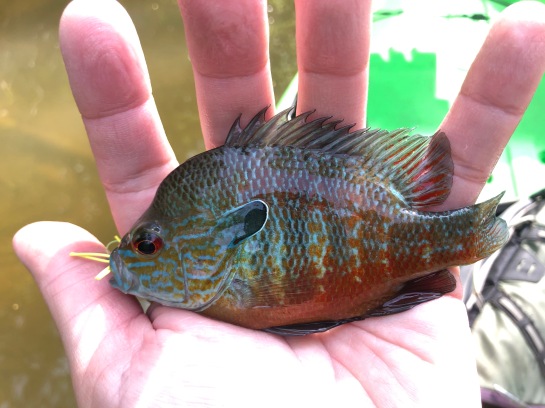 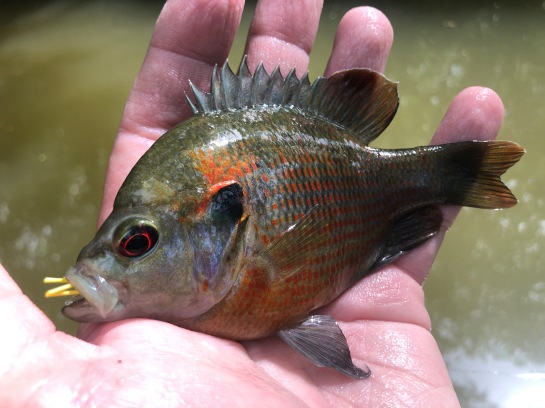 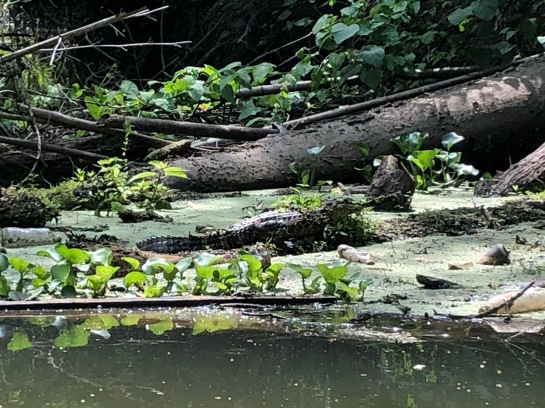 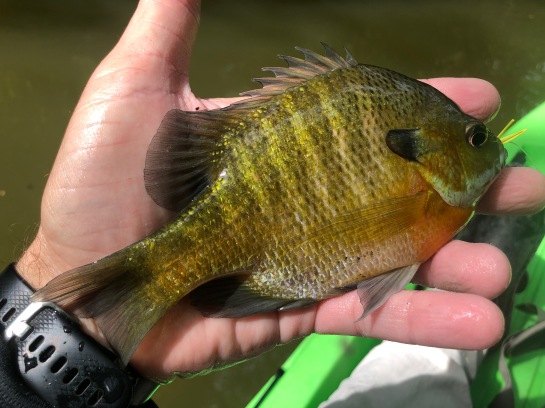 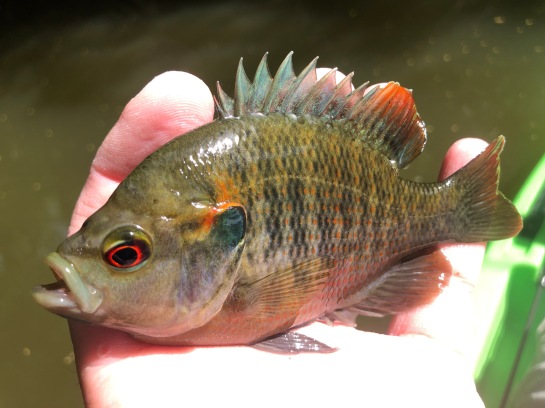 I had continually written off fishing here in the past, but thanks to this trip I will probably add this local option to my list of places to hit each Spring, provided the flow looks good.  I didn’t anything of size, but I love the diversity.