A little late for April’s fly tying segment, but I don’t think anyone will mind. Blake did a step by step on the fly that I had success with back in early April. I had no idea what it was called then, but we found out it’s true name and that it was originally tied by Johnny Miller and is available through Umpqua. This is Blake’s version. It is a killer fly for redfish.

Step 1. Start thread and put down a good base from the eye to somewhere near above the barb. I like to put a layer of super glue on the thread wraps for some extra security. 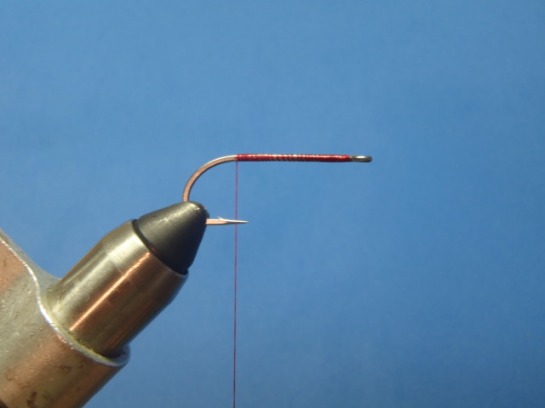 Step 2. Cut a clump of raccoon fur and tie it in for the tail. Comb out some of the under fur so that there isn’t too much material on the hook shank. Any tailing material would work. 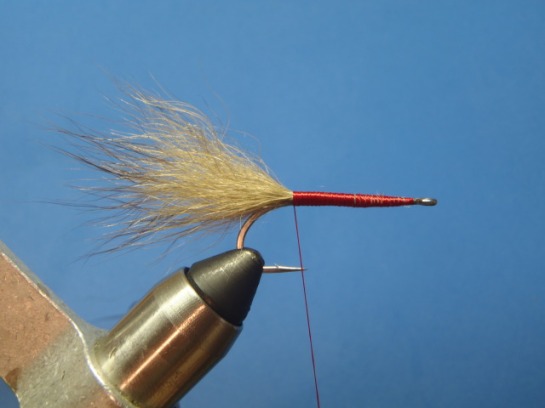 Step 3. Tie in a saddle hackle by the tip and palmer it in close touching turns up the shank. Try to get the feather to lay back towards the tail by pulling the barbs back before each wrap. Tie down the stem and tidy up the shank. I like to wrap all the materials to a spot right behind where my dumbbell eyes will be tied in.

Step 4. Bring thread right in front of the hackle and tie in the first section of gold tubing. The tubing I used comes with a synthetic core that needs to be removed before tying it in. I cut sections of tubing about 3/4” long for this fly. The length of the tubing sections depends on the shape that you want to trim them. I like to minimize the amount of waste. Repeat this step 3 more times. (or more, all depends on how long you want your body). Make sure to tie it in using figure eight wraps. 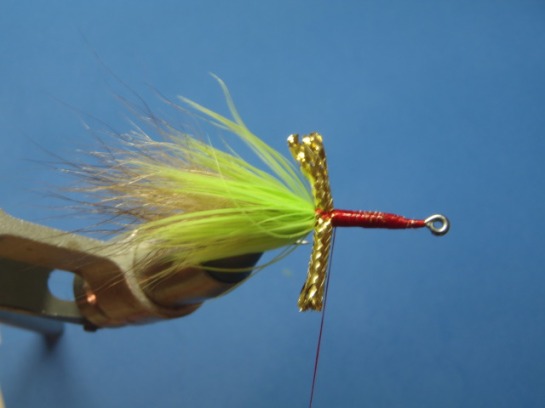 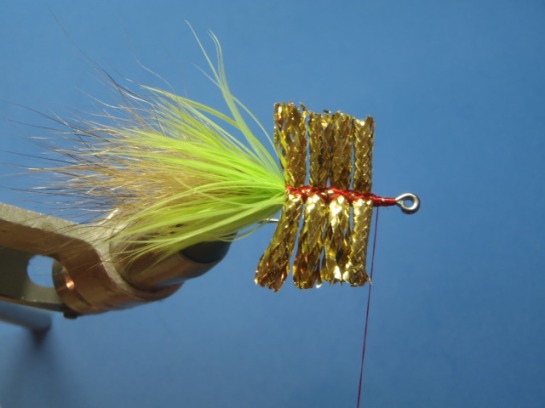 Step 5. Tie in dumbbell eyes in front of the tubing. Hopefully, there is enough room left over to tie in a week guard if you want one.

Step 6. Tie in a weed guard if you want one. Whip finish and part off the thread.

Step 7. Trim the tubing on either side to whatever shape you want then tease out the braid of the tubing. I like to do either an oval or on an angle from front to back. 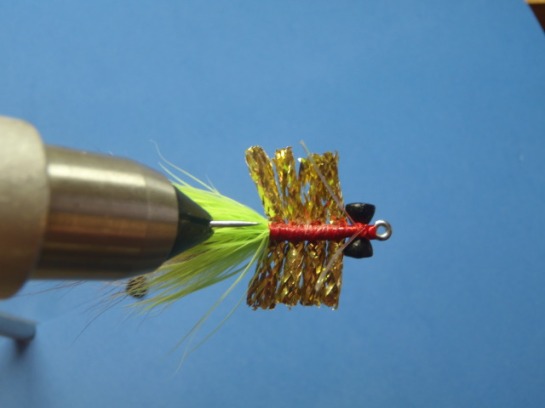 I like to cover all the exposed thread with a good coating of hard as nails to protect it from teeth. Makes for a more durable fly. Enjoy. 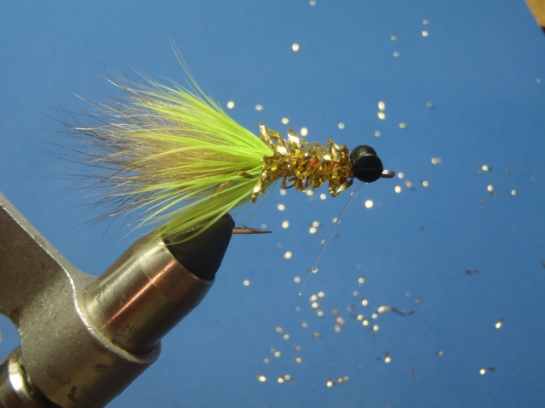 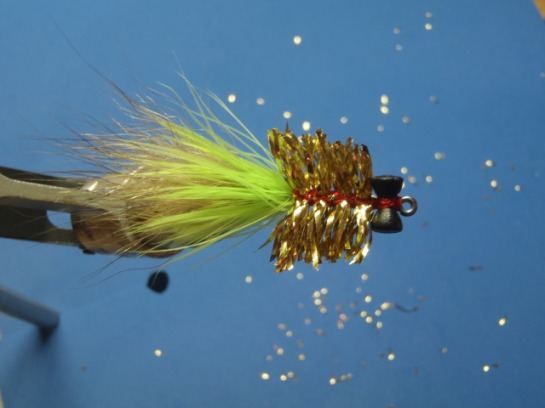