My parents came in town for my cousin’s wedding this past weekend and my dad and I were able to find some time to sneak away and do some kayak fishing. I really wanted to put him on some redfish so we headed down to a favorite spot of mine in Lafourche parish and met Blake and his dad, plus a co-worked of his who is also a yak fisher. The weather was very nice with light winds and intermittent sunshine. There was a storm cell off to the south, but it didn’t look to be moving our way. The tide was a bit higher than my liking and was going to be rising throughout the day.

Dad started the day off hot and caught a trout on the first cast before I even launched, but we couldn’t follow that up with any subsequent trout so we set out for the same flats that I had success at on April 1st. They were in good shape, but not the same as last month. The clarity was much improved due to an abundance of submerged grass, Ruppia maritima or widgeongrass is what it’s called. The redfish weren’t as thick either. Alligator gar had moved in and were spawning. I’ve never seen so many 4-7 ft beasts in one place in my life. At times they were in piles, causing all sorts of commotion. Other times there would be six males chasing one female around ponds without a care in the world, except to procreate. The gar orgy was on and however entertaining it was, it made for some very poor redfishing. The redfish weren’t absent, there were some around, but every cast I made to a red with the fly rod would spook him. They were very wary. I hooked a couple buzzing a soft plastic above the grass and landed one, at 25″, landed a black drum too. I probably should have made the switch to conventional tackle earlier, but the weather was so nice, I felt I had to catch one on the fly. The odds were against me though and those were the only two fish I caught. Dad had similar results but did end up catching a 20″ red and a black drum as well. We had our variety, just not in quantity. To add insult to injury, not far away, Blake and his dad were having a great day catching reds and ended up with 5 apiece. I guess a career at being a guide is not in the cards for me. Still, it was a good day, like I said the weather was nice, it was a great day to be out in a kayak, hopefully next time Dad comes down we’ll have better luck. 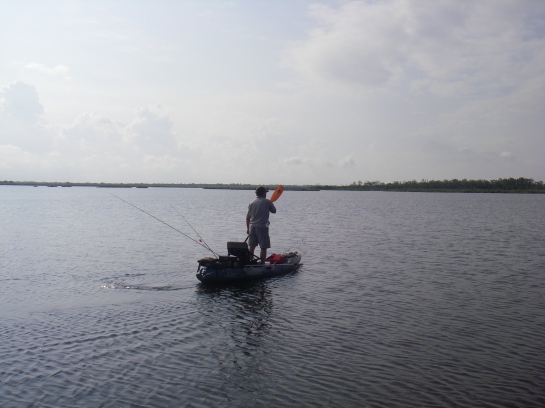 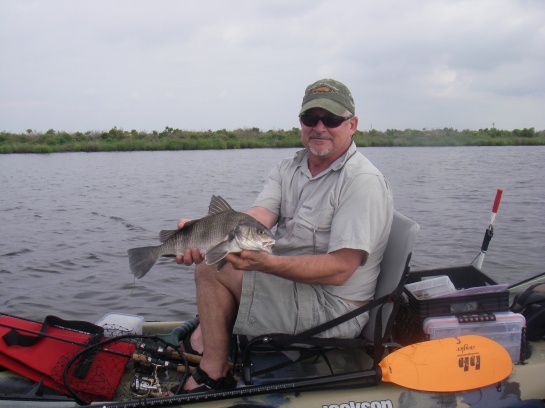 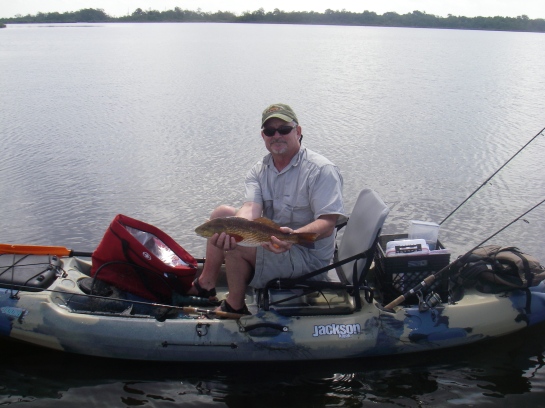 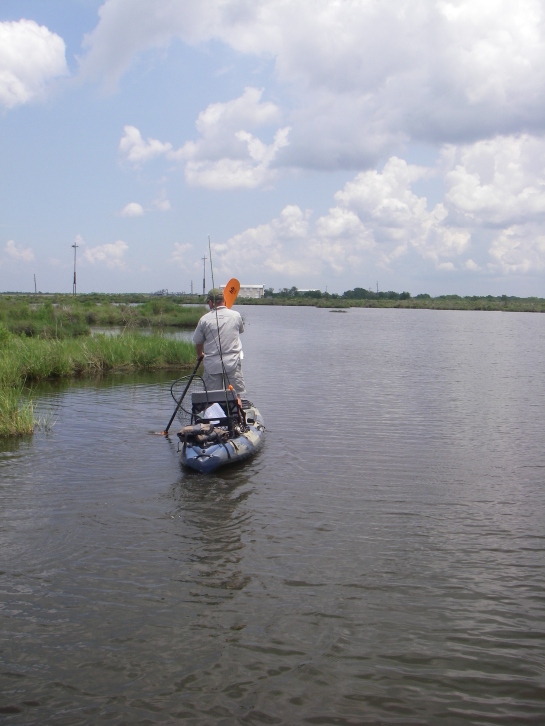