After a short drive over from New Mexico we set up camp one more time in Arizona. This would be our last night in the hammocks as I thought it would be wise to get a hotel the following night. The other folks on the plane would probably appreciate it and I could really use a real bed for a decent night’s sleep. We managed a campsite on a river, a tributary to where we’d fish tomorrow, that held wild brown trout and stocked rainbows according to AZGFD. We were short on daylight and the skies were threatening rain so we opted to fish in the campground and hope for the best.

Fishing was great for the hour or so we were on the water. We fished dry-dropper rigs for a little while before realizing that the trout were only hitting our surface flies. The Adams trude was my fly of choice as it stayed afloat, I could see it well, and they were smashing it.

It ended up being a great evening on the water, which surprised me, I guess I had low expectations going into it. I figured those campground trout see everything, but we found a lot of hungry fish and had a good time. Tomorrow we’d target more wild browns, wild rainbow trout too, and hopefully complete Blake’s Arizona wild trout challenge.

We made the trek east to the White Mountains and set up camp at a very clean campground with a very welcoming host. This site would be our home for the next two nights. Campgrounds out west are always inevitably better cared for than those we have back east. I’m inclined to believe it’s because the people who utilize the resource here actually respect it as opposed to just taking advantage of it, like they tend to do back home. We may be polite to each other in the South, but we’ve historically been terrible stewards of our environment and it’s a real bummer at times.

After setting up camp we set out on a local creek to search for Apache trout before dark. The scene was a high alpine meadow with a little meandering creek full of cut banks, what I would consider to be the perfect habitat for high country trout.

As it tends to always work out Blake struck first, with an Apache who looked like he’d been hooked before. Fishing would prove to be slow though as we continued to work upstream.

Finally I had beaten the water enough to finally land the World’s smallest Apache. Beggars can’t be choosers, so I was happy to get the skunk off my back. We pressed on and eventually made it into the tree line with Blake catching a couple more fish, including a brook trout.

I generally plan trout trips out west with goals in mind and this one was no different. First and foremost I wanted to catch the native Gila and Apache trout. I didn’t know it would be when I planned the trip, but that one was kind of low hanging fruit as it was accomplished on our first day of fishing. The next goal I had in mind was to complete the Arizona Wild Trout Challenge. To do that we had to catch a wild Gila, Apache, brook, brown, and rainbow trout, so Blake was off to a great start.

We fished into the trees a bit, but as the light began to fade and it grew darker the further we got into that valley we decided it was time to head back to the vehicle. We stopped to fish a couple holes along the way and in one spot I was able to upgrade my Apache trout to something a little more respectable.

We didn’t catch many fish here, but the picturesque setting more than made up for it. We headed back to camp to ready to cook up some dinner and have a celebratory beer. The Apache trout here left me wanting more so we planned to target them again tomorrow and hopefully the fishing would pick up.

We spent Labor Day weekend up at Lake Rosemound where I had a couple opportunities to get back out on the water in the Kilroy DT and chase some bass.

Saturday I got out just after sunrise, armed with my favorite buzzbait, I headed toward a big flat where I saw some fish holding the last time I was out here paddling Marin around. 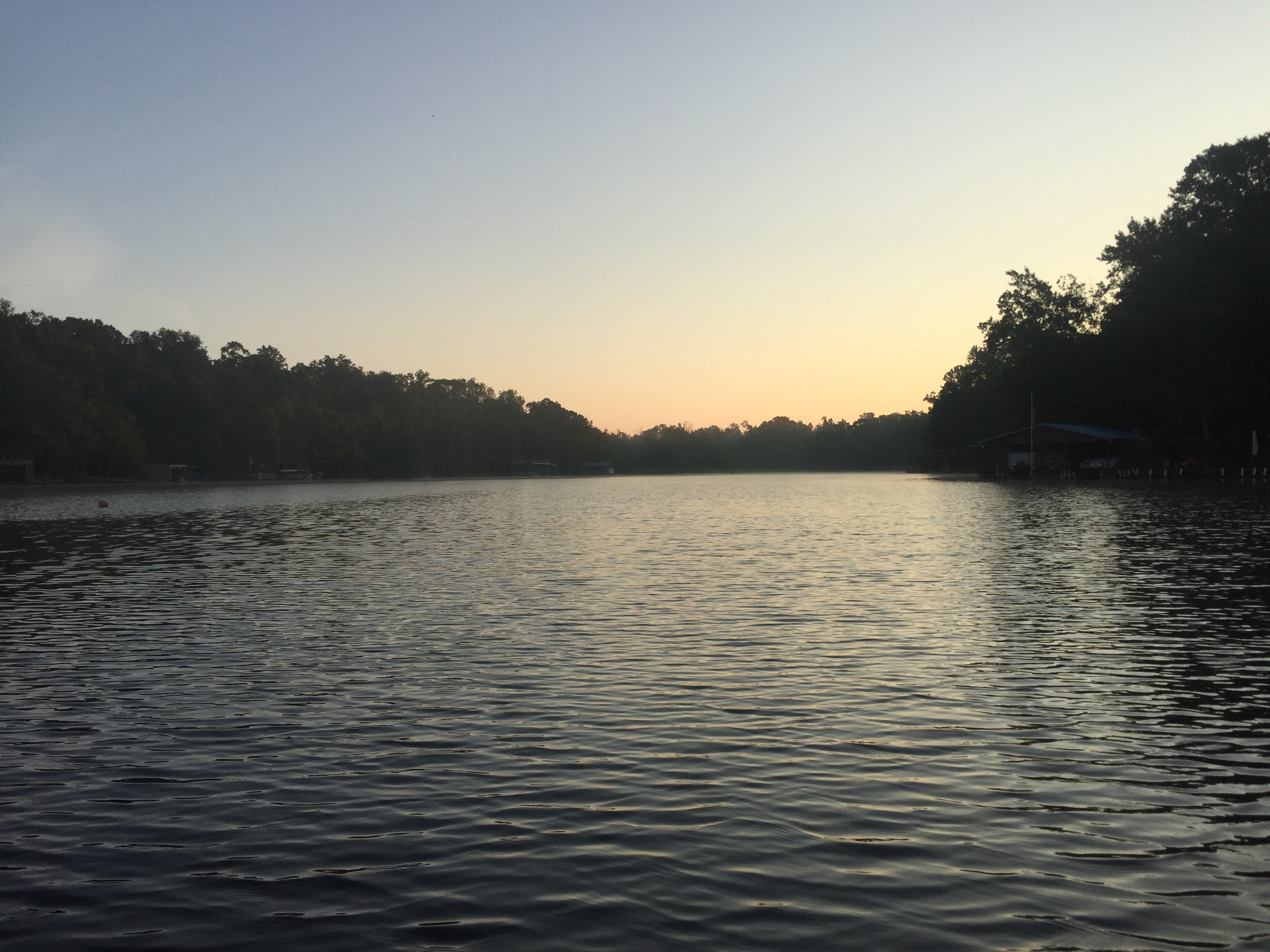 It didn’t take long to connect with a little male, who despite being blind in one eye, knew exactly how to slam a buzzbait.

The dink bass topwater action continued all over this flat and another and around the grass edges of the lake.

It was nice to spend a couple of hours catching bass before the sun really began to heat things up.

I made it out again the next evening, but didn’t have the same luck I had the day before.  I only connected with one bass and missed three more fish on the same buzzbait I was using the day before.  I guess I fell into the “one bait wonder” mold again this weekend, but that’s how I wanted to catch them.

I may not have caught many fish Sunday evening, but I did catch an awesome sunset, which is a fine substitute for a nice fish.