My next trip out in the kayak would be on a spring fed creek that holds the newest member of the black bass family, the Choctaw bass.

The put-in I chose to use for access had a spring right next to the launch, amazing how clear the water was in the pool where it was bubbling in.  The creek was a beauty too.  From afar it really didn’t look all that different from a slow bayou in Louisiana, with all the cypress and gum trees.  The water clarity though, was much better than anything you’ll find in Louisiana, thanks to the numerous springs that fed the creek.  There was also a large amount of submerged vegetation too, this was a very healthy environment, full of life, and it looked bassy as hell. 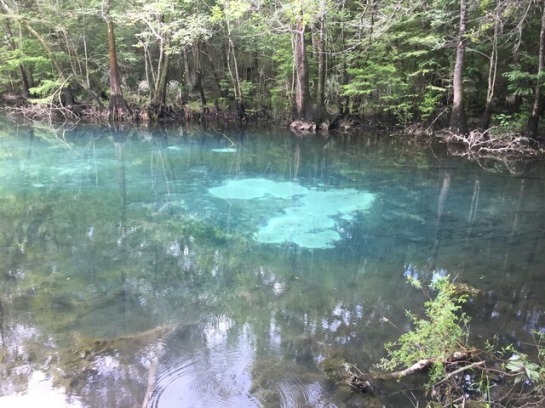 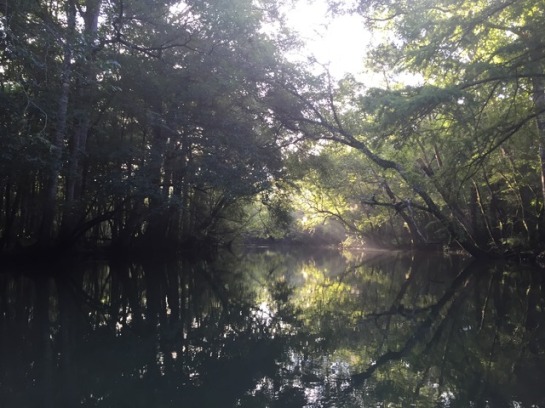 I paddled up about a mile and floated and fished back from there.  It didn’t take long to land a few fish on the fly rod.  The stumpknocker were plentiful as were the redbreasted sunfish. 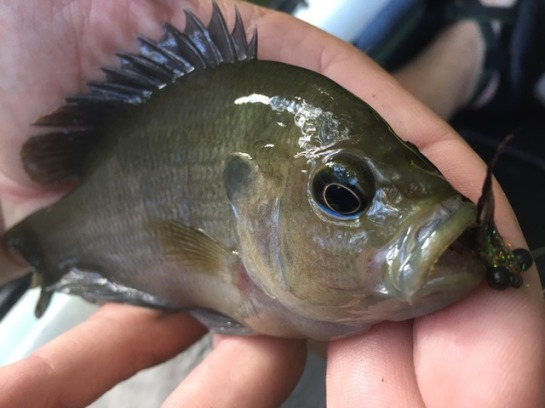 I put the fly rod down and started tossing a soft plastic around the stumps and lilies, that’s when I landed my first chain pickeral on the day.

He wasn’t too big, but he was fun.  I’d soon find out that this creek was loaded with them and that soft plastics were a bad choice for what the locals called jackfish.  I was broken off shortly after catching my first one, then broken off again moments later.  I decided that was enough of that and tied on a buzzbait.  A wise man once said “any fat kid can catch a fish on a buzzbait” or something like that, so I decided it was time to exercise my inner fat kid. 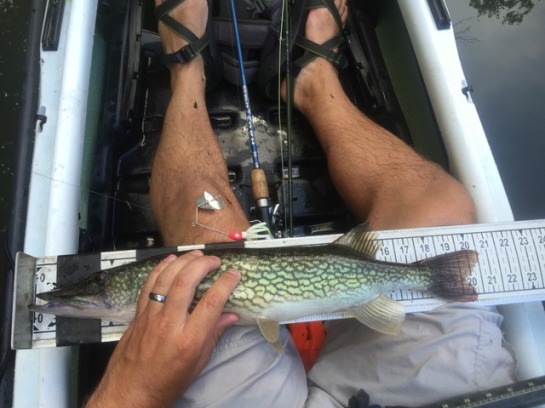 I was having a blast catching pickeral on the buzzbait.  They would absolutely hammer it, sometimes launching themselves out of the water like rockets!  Most were small, but a couple went over 20″.  I missed one choupique that I would have liked to have back. He nailed the buzzbait, not sure how I didn’t get a hook in him, he was every bit of 30″ though.

The fishing was going great, everything was visual, so I was enjoying myself, but the bass were eluding me to this point.  I was finally able to change that around a group of submerged cypress, catching a healthy 14.5″ Choctaw.  After the release of the Choctaw I noticed that the mother of all spiders was on my bow.  I guess he hopped on from one of the nearby cypress trees.  We’ve got fishing spiders in Louisiana, but I’m not sure we’ve got them that big.

I continued throwing the buzzbait and picked up a few more pickeral, mostly in the slack water, either around cypress trees or lilies.  Just before takeout I was able to pick up a couple chunky little largemouth too. 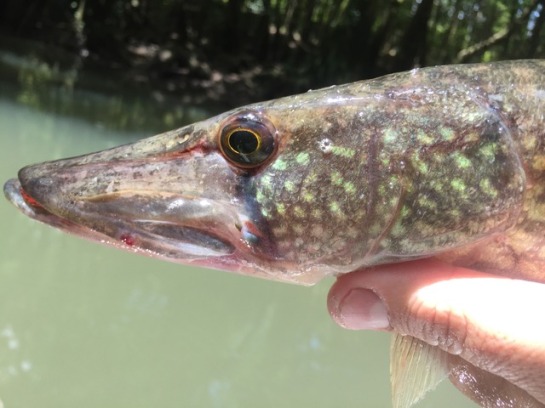 The mission was accomplished, I was able to land a Choctaw bass, on a beautiful stretch of river.  The real story though was catching a dozen or so chain pickeral, or southern pike as I’ve decided to start calling them.  What they lack in size they make up for in fight – what a fun fish.  I might have to check out some other spring creeks next time I’m on the panhandle, such amazing fisheries.