On day two of our trip we set out to fish an old favorite blueline.  It is one of those rare creeks that has all three wild trout species in North Georgia, so catching a slam was a possibility.  We’d have to cover a good bit of water though to do it and to do that you’ve got to hike a good bit on the trail.

Much like the creek at the cabin, the water here was low and clear as well.  The action wasn’t as hot and heavy as at the previous small stream, but I found it fished pretty well with an oversized stimulator.  These wild trout are very opportunistic and won’t pass up a big meal.

Tree cover on these small streams has never been a problem in the past, but it won’t be long before it will start to be.  Damage from the hemlock woolly adelgid was very telling, I saw a lot more sun shining on the water than I use to, those big hemlocks won’t last long without some help.

As we moved up the creek we started gaining elevation, the water plunged over a series of falls and we quickly transitioned from rainbow trout water to brook trout territory.  I caught a brookie that had been washed down below the barrier, soon after that they were the dominant species.

The big pools that normally produce multiple(or bigger) fish were mostly a bust, but I did find one pool that yielded three brookies for me and the biggest on the day.  These little natives are a fun fight on lightweight glass rods. 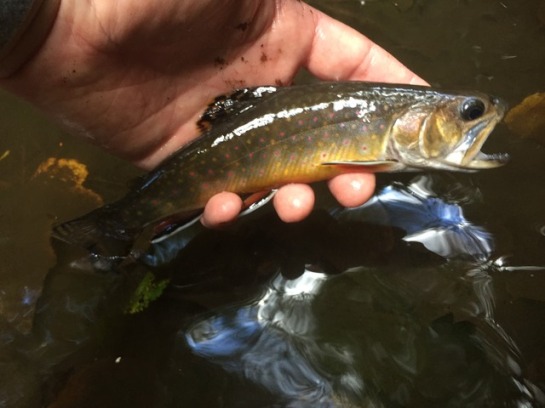 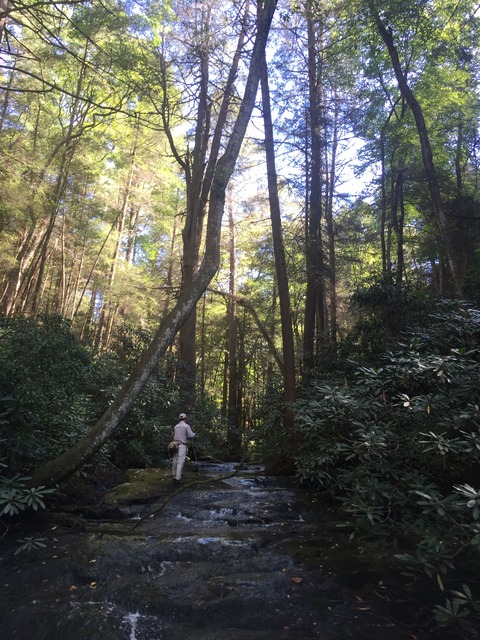 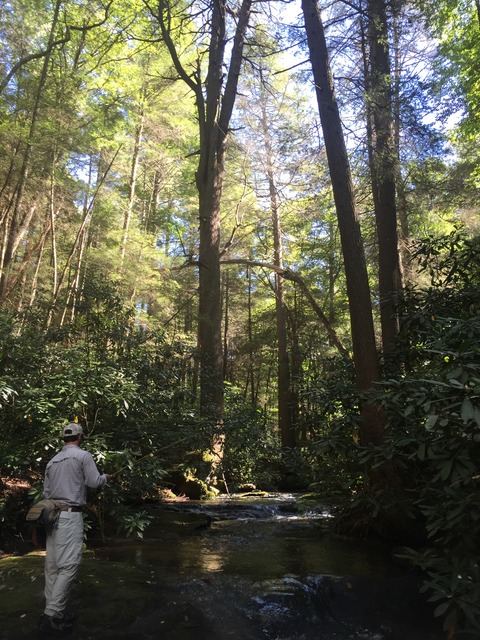 We hiked out from there and headed on into town to quench our thirst and meet my parents.  No brown trout were caught on the day, so the slam was a bust.  In fact I don’t think a brown trout was caught at the cabin either, which is pretty rare these days. 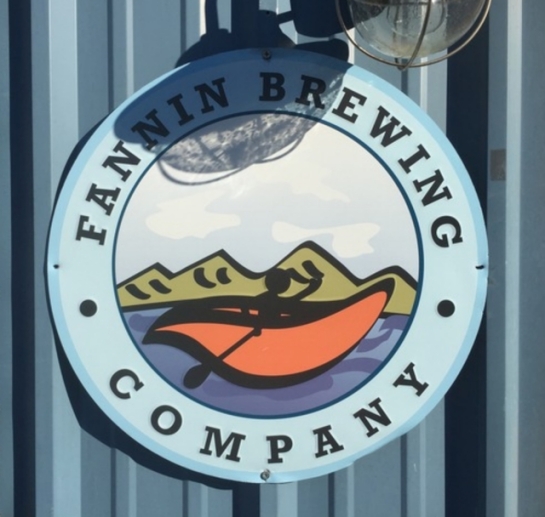 Blue Ridge is turning into quite a happening little place with three breweries now and multiple fly shops.  It’s a great town to head to if you want chase trout and drink beer in North Georgia.

After my trip to North Georgia in May I decided I needed to plan a return trip sometime in the near future.  I didn’t make time for any small stream fishing in May, but I had really been missing the blueline action so I needed to get back that way before it got too cold and the dry fly action shut down.  So a trip back was planned and Blake and I settled on a date in late September.

We made the drive up after work and stopped for supplies on the way. 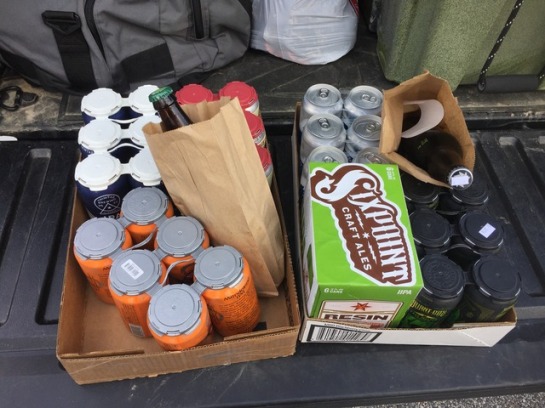 We gave ourselves three days to fish and day one was reserved for fishing at the cabin.  After an historic(at least in my life) flood over the winter, the script was flipped, and now North Georgia was dealing with drought-like conditions.  What that meant for us was that the water was low and clear pretty much everywhere we went and had the trout were pretty spooky.  That made for some pretty slow fishing. 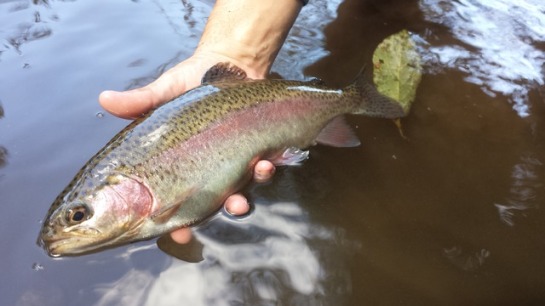 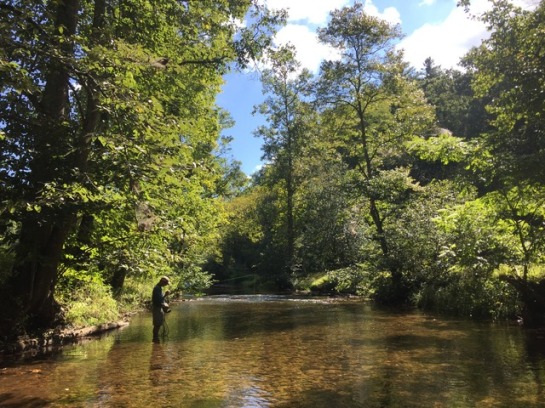 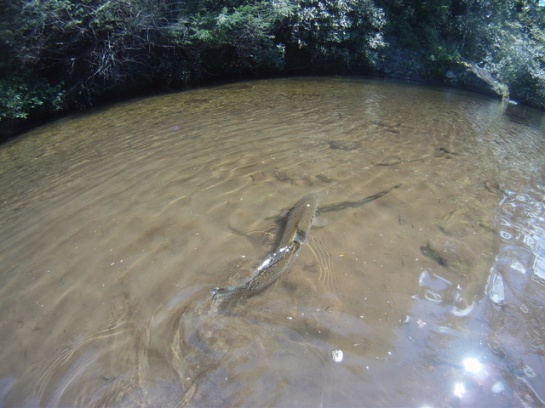 Around lunch time I finally stuck a good fish who absolutely hammered a Turk’s tarantula that I skated at the head of a nice pool.  It was an awesome strike and really surprised as we had only encountered sluggish fish until that point.

After lunch we decided to head up the road to some smaller water and see how the little wild trout were doing. 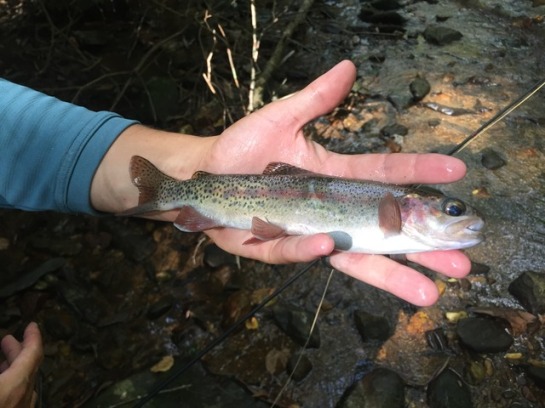 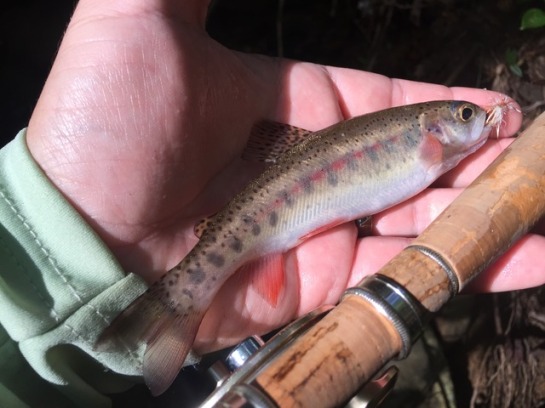 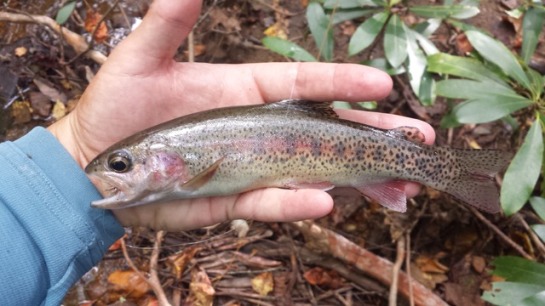 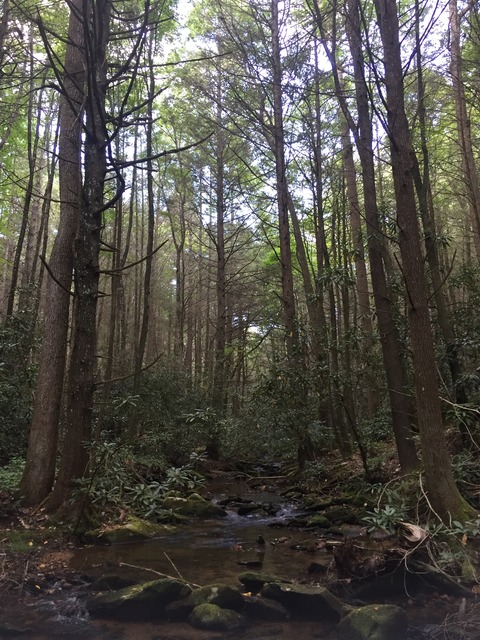 The blue line action was fast and furious.  Our dries were getting bumped in nearly every hole we tried.  That had me pretty excited for the creek we planned to fish the next day, which is one of my favorite small streams anywhere.  We ended the day with some excellent rabbit sauce piquante, courtesy of Blake, and life couldn’t have been any better. 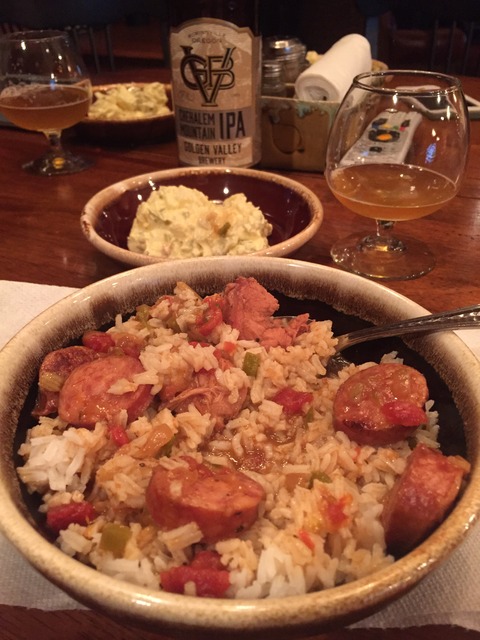 We were in North Georgia for most of the past six days, spending quality time with my family and I was able to do a bit of fly fishing as well.  The fishing wasn’t as stellar as it has been in years past, but then again I wasn’t in top form either.  Lots of missed hooksets, flies in trees, and too much time spent de-tangling terrible casting decisions.  Low and slow water didn’t help, but was hardly to blame.  Despite all that, there were times everything came together and I landed a few nice fish. 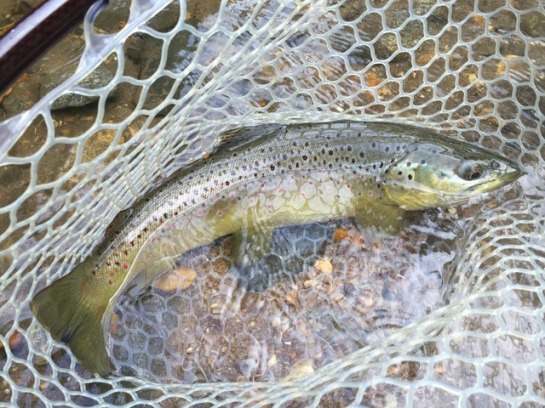 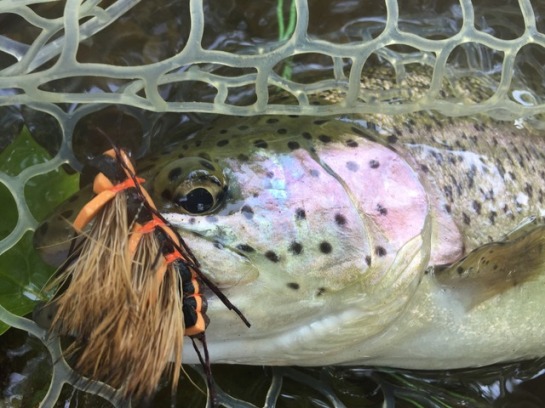 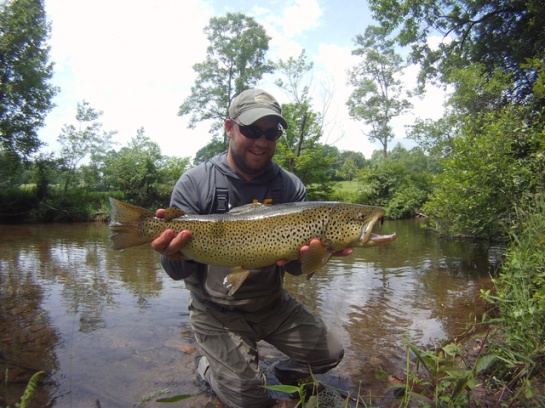 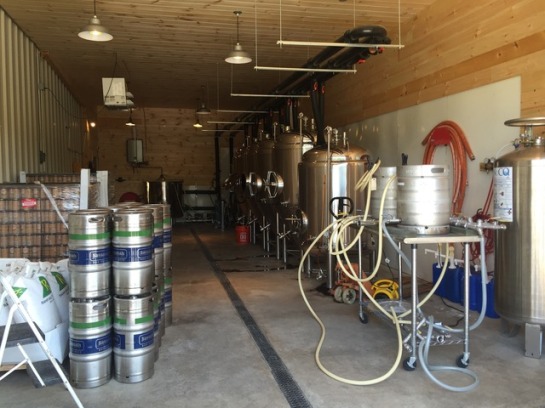 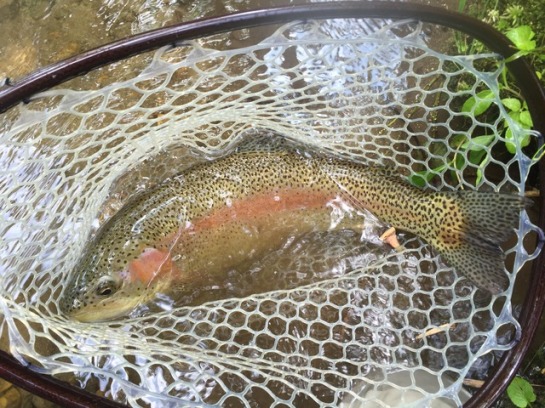 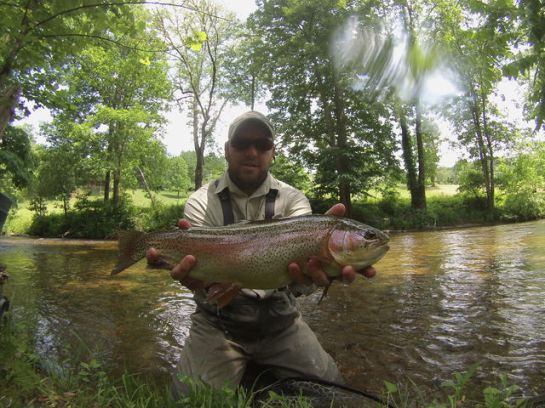 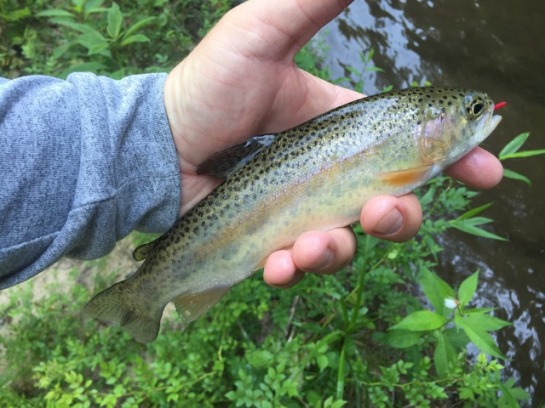 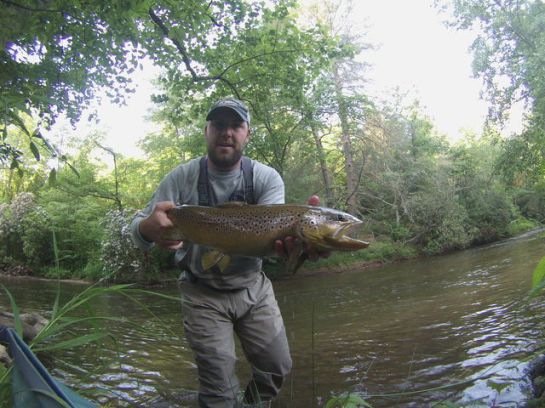 I always enjoy fishing at the cabin but I think my daughter may have enjoyed playing with her cousins more.  It was a very relaxing trip, but we still found plenty to do beyond fishing and hanging out with family.  Hiking, tubing, catching crickets, four-wheeling, waterfalls, a festival, and a brewery visit – we had a blast.  I cherish every trip we take to Georgia and wish we could make it that way more often.  Huge thanks to Mom and Dad for having us!