I got a little taste of cutthroat trout fishing in Wyoming on my first trip to the state two years ago.  It was just fishing from the side of the road en route to Jackson, but it was enough to get me motivated to get back out there and try my hand at the state’s Cutt Slam program. 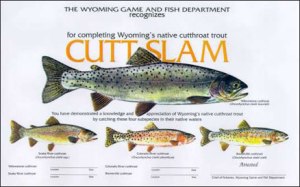 What better way to experience the state of Wyoming than to try and catch it’s four native cutthroat species?  It didn’t take a whole lot of convincing to get Blake to come along – I think both of us have been looking for another trip out West since our trip to Rocky Mountain National Park back in 2012.

and fly to Salt Lake City.  I had no idea Outdoor Retailer was this week, but several folks asked if that’s where we were headed.  No thanks, I’d rather go fishing.

After a quick stop at Western Rivers Flyfisher it was on to Evanston.  Once there we made two more important stops – food/camp supplies and beer.

Then we drove north.  On to the Wyoming Range, where we would hopefully have enough time to land our first cutthroat of the trip – the Bonneville cutthroat trout.

In the interest of time we stopped off the side of the road, close to the same spot I fished back in 2012 and close to where we would be camping for the night.  We decided to fish some of the beaver complexes that looked pretty fishy from the road. 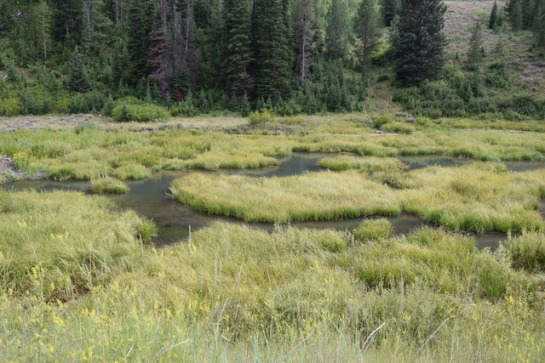 We rigged our rods and got suited up lightning fast, the anticipation of catching the first fish of the trip was killing us.  The overcast skies started to drizzle rain, it didn’t take long to notice that fish rising in the ponds.  Blake was first on the board and fooled a decent Bonneville with a dry.

It took me a little bit of time to knock the rust off, but I got on board as well. 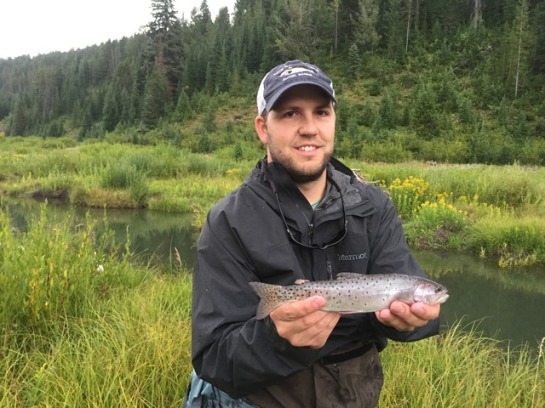 After that the fishing was on fire.  These Bonneville cutts were crushing a hopper pattern Blake had tied. 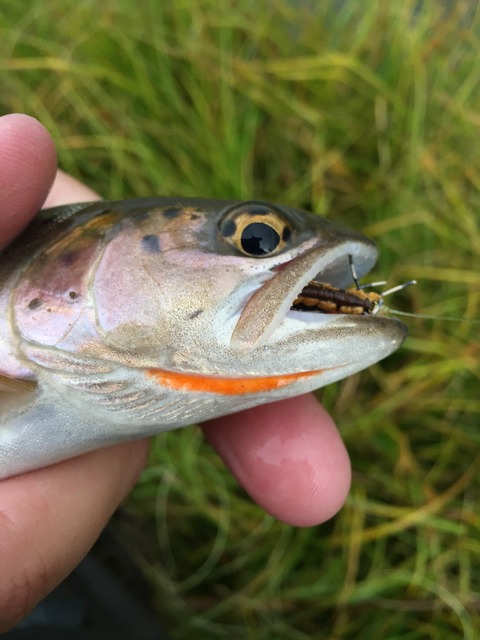 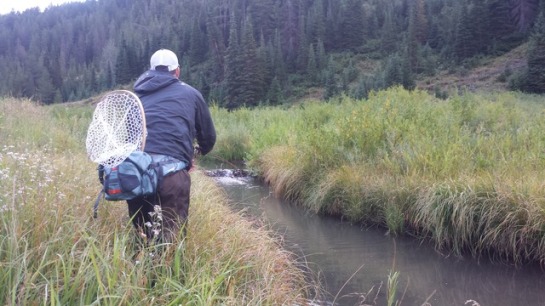 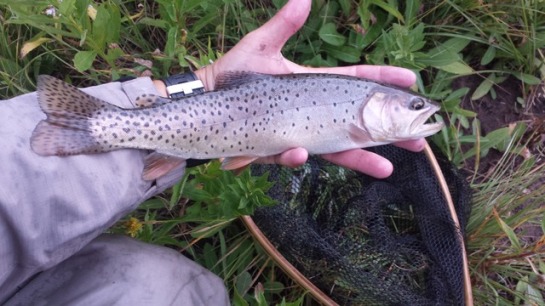 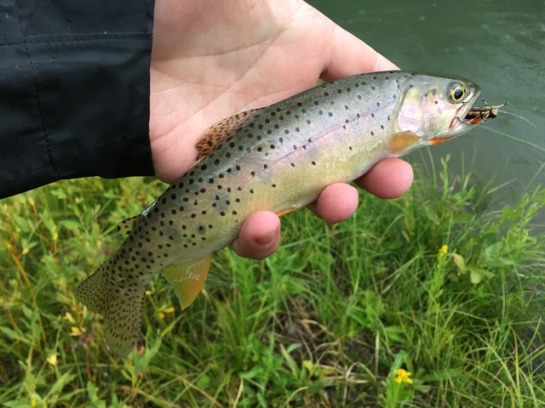 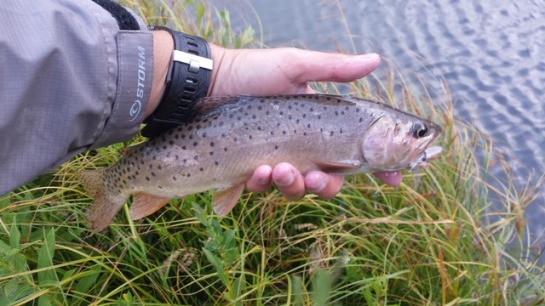 The action was so consistent that it was tough to call it a day and walk back to the car, but we knew we still had to set up camp, which was not something we wanted to do in the dark – especially on night 1.

It was a solid start to the trip though and felt really good to get the first cutthroat species under our belts. We’d actually be fishing for Bonnevilles again in the morning, but we were hoping the next stop would yield a few bigger fish.  For now it was time for cold beer and campfire and hopefully getting some sleep in a hammock system I’ve yet to sleep in. 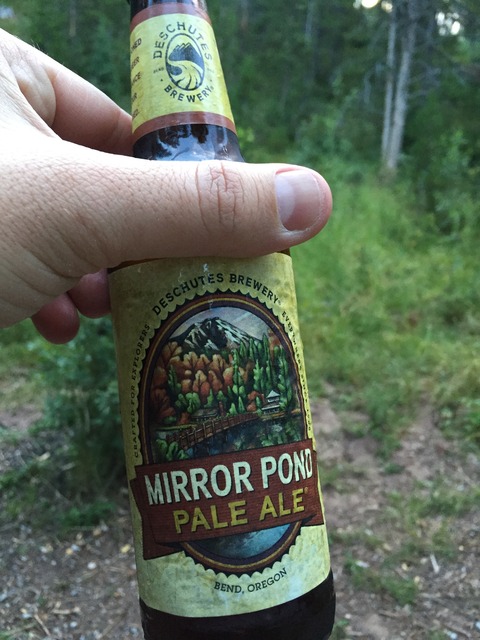 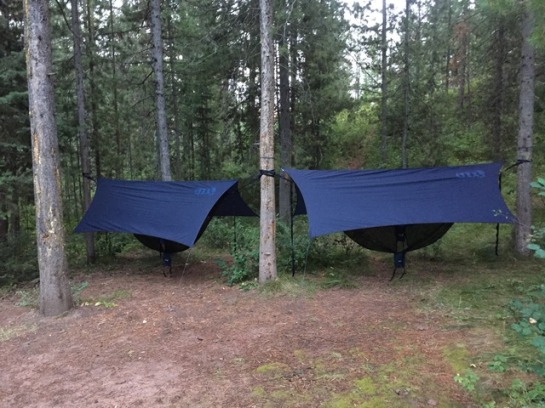