BCKFC held their first ever freshwater tourney, Yak-a-Bass, a couple weekends ago.  It was held out of Chicot State Park on beautiful Lake Chicot, near Ville Platte, Louisiana.  This was also BCKFC’s first ever CPR tourney as well, which wasn’t all that different from an IFA event.  Instead of a redfish and a trout combined, an angler’s three biggest bass would be scored as their cumulative digital stringer.  Thirty-eight yak anglers came out to compete in what promised to be tough conditions – rain was forecast at 100% after 10:00am.  Sixteen anglers caught bass and if I’m not mistaken only two filled their three bass stringer.  It was a tough day to say the least, so naturally, I skunked. 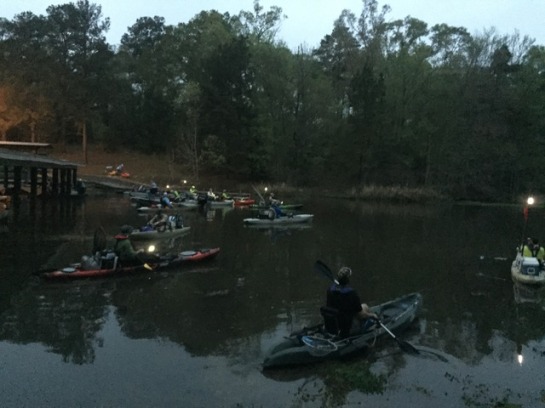 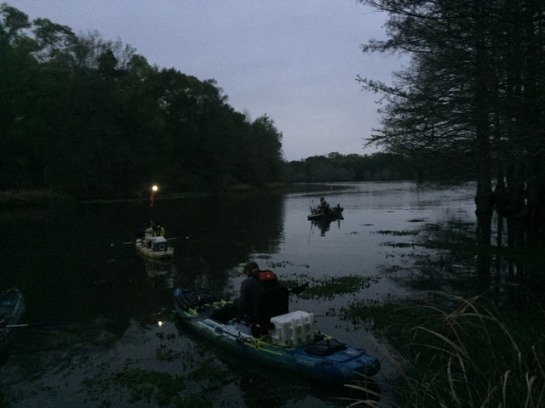 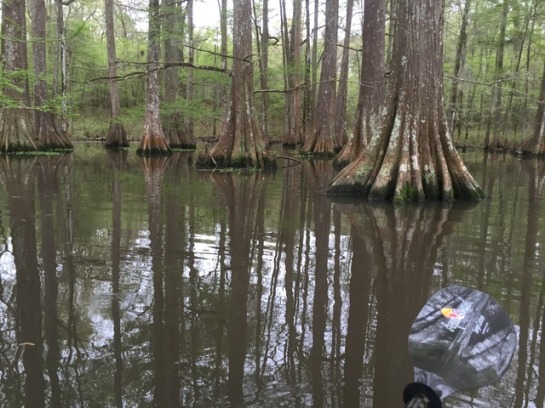 Although the field failed to catch a lot of fish, there were at least a couple of stud fish caught.  Alton Stanford came through with big bass with a fish that was upwards of 21″ and 7 lbs.  Kelly Chacheres had another bass that was near 21″.  Alton’s fish was enough to give him third place, even more impressive I believe it was the first fish he has caught out of his kayak!  The rest of the winners are below:

I hate that I skunked, but it was nice to get out.  I would avenge that skunking this past week on some bass up in North Louisiana, report to follow.