I don’t believe I’ve ever fished for a fish where you count follows.  A follow meaning the fish following the bait to the boat.  I’ve counted strikes before when fishing and I’ve counted fish that have “long distance released” themselves, but never follows.  I learned last week that in musky fishing you count follows.  Otherwise what do you have to show for when you fish for them?  When you fish for the “fish of a thousand casts” you have to keep the optimism, counting follows makes sense, it helps to keep you casting and helps to keep that bait in the water.

I did a float last Sunday up in Tennessee with fellow Jackson teammates Chris Funk and Josh Tidwell.  Josh, having fished for musky a handful of times was our resident expert, which wasn’t saying a whole lot (no offense to Josh, I think he’ll understand), but he was the only one of us who had ever actually touched one.  We didn’t get too early of a start, getting a good breakfast in us before hitting the water.  We had heard a different section of the river we planned to hit was blown out, so we were a little nervous about the condition, but upon arrival it was in great condition, we would have a good day, even if we didn’t catch anything. which is entirely possible in musky fishing.  It was a little low, but clarity was excellent, with just the slightest of stain to it and all more important no one was at the put-in or the take-out – the water was all ours.

I have previously fished for musky before.  One time, four years ago, same stretch of water actually.  It was when Jackson first came out with the Coosa and a bunch of the OG fishing team guys went to the factory to find out a little more about the boat and this whitewater company that was making it.  We had a huge group on the float and none of us really knew what we were doing.  I remember getting a bite from something, probably a smallie, and that was it.  Not very memorable, other than it was the first time any of us had floated in the Coosa, or even in a Jackson Kayak at all.  I trusted that Drew knew what he was doing when he designed this boat and rolled the dice.  Fast forward to today and I am super happy to have made that decision, it has been a lot of fun being a part of the Jackson team and the boats just keep getting better and better.

Because of our slow day last time and because I really haven’t thought about musky fishing in the four years since that first trip – I really didn’t have high hopes of even seeing one, even though Josh was saying, “we will at least see one”.  Imagine my surprise when not fifteen minutes into our trip Josh is hooked up and it’s a musky.  Fish of a thousand casts my ass.  It was a juvenile fish, maybe around 24″, but it was really cool to actually see one up close and to know that it really was possible.  Unfortunately for me, he caught him on a walk-the-dog style bait and all my walk-the-dog style baits were in a saltwater box back in Louisiana.  Josh hooked up with musky below: 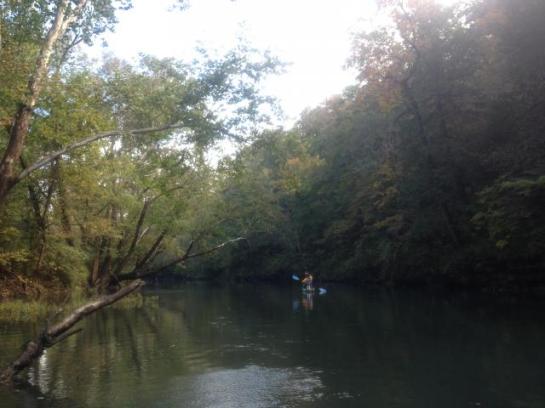 The musky fishing quieted down after that fish and brought us back to reality.  More typical musky fishing took over and we began counting follows whenever we could get them.  I had two throughout the day with a near hook-up boat-side on a figure 8 retrieve with a buzzbait.  I finally got a solid eat almost within sight of the take out – a testament to the “fish of a thousand casts” moniker.  I was throwing a black/blue chatterbait hoping for musky or smallies when I got a vicious eat near the bank.  I saw the giant musky head shake and when I reared back to set the hook it came back limp.  He easily broke me off as I wasn’t fishing wire tippet.  It was enough to get the adrenaline pumping and to give me a fish story I can tell the rest of my life, where the subject keeps growing as I get older.  Right now I’ve got him at around 36″, but by the time I die that musky will be damn near 72″.

Conditions were excellent for the first half of our float, everything was beautiful, unfortunately the skies opened up on the second half.  Smallie fishing was pretty good throughout and the rock bass were on fire for Chris.  That man can flat work a jig, he was picking up fish left and right, especially right along any bluff wall.  I didn’t land too many of my fish, but managed to boat a nice smallie who hit a buzzbait pretty much on impact with the water.  I learned on this trip that I fish way too fast for freshwater.  Chris landed a couple personal best smallmouth and had a few heart stopping moments with musky as well. 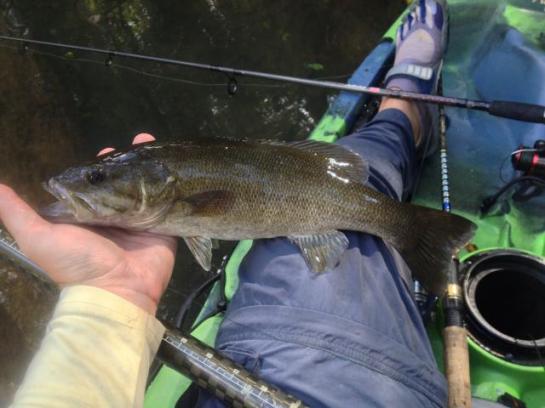 It was a good float and like Josh said, we did end up seeing some musky.  I’d love to have that one that ate back, that would have really been something special, but I wasn’t prepared and I paid for it.  I know better than that.  That was the first time I’ve fished with Chris and I’ve got to say, it is a hoot!  You’ll never meet anyone out there on the water that has more fun than that guy.  He has jokes for days too, which goes a long way in a good fishing partner.  Chris is an excellent photographer, so I didn’t really take too many, knowing that he would have better quality shots.

Back at camp we had just enough time to change clothes before we headed off to EJ’s house for a little pre-summit social.  It was a pleasant surprise to see that Jackson teamed up with Ninkasi Brewing out of Oregon and they had several of their craft brews available for us to partake.  Good people, good beer, and good food are the elements of a great party and the Jackson’s always hit on all parts. 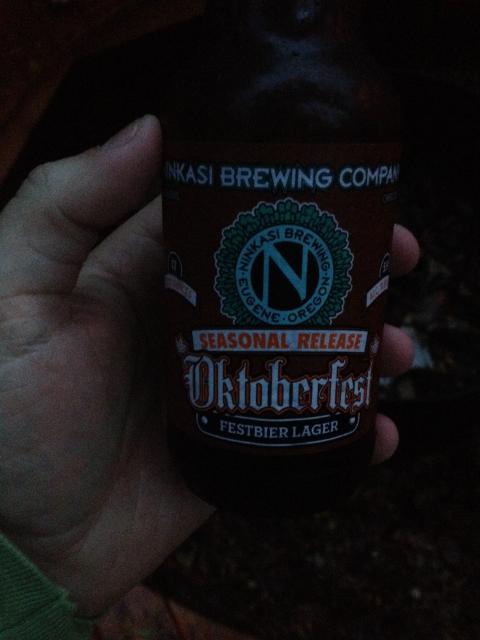